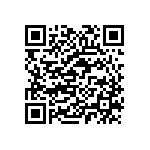 Unfortunately at the very end of the first round Mr. Sussitz stepped on the floor wrong after a kick and injured his ankle. After a short medical treatment the doctor declared the Austrian boy suitable for fighting, who naturally continued the fight. The match was continued and Mr. Dancso gradually got the upper hand over his opponent and the conditional ascendancy of the Hungarian boy was seen very well. From the beginning to end he attacked and used equally the hand and leg techniques and kicked several times his opponent on the head. Mr. Sussitz, in spite of his injury, held on well but his power started to disappear and his injury also hindered him in the fight. However, he fought the seven rounds to the end very fairly.
The judges saw Mr. Zoltan Dancso unanimously better with 3:0 so he defended his world champion belt again.