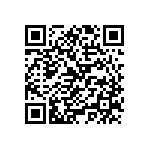 just hosted the first part of our 16th edition of 2007 World Championships in Low-Kick, K1 Rules and Light Contact which gathered in the capital of 630 competitors representing 55 countries. Many more would have liked to be there, like Nigeria, Sierra Leone, Somalia, Kenya, Uzbekistan, Palestine, Lebanon just to name a few, but because of strict Schengen Laws couldn't make it. Let's hope in () - for the second part of our 2007 World Championships - things might be better, even if it is difficult.

Mr. Borislav Pelevic, president of Serbian Kickboxing Federation and a WAKO vice-president, together with his staff leaded by Srdjan Bugarcic, worked very hard to make this event a success, theydid a real good job. Everybody enjoyed a fantastic hospitality and brought back home a memorabletime.The “ Pionir Hall ” selected to host our event was perfectly equipped for our necessities, hostesses took good care of different problems of our people, we had top treatment.

Our Fighters performed at their best. I have watched many matches in the rings and onmats, and always I have seen fighters determined to win, fighters who put everything they had in the matches.

To win or to lose was then a different story. But at least nobody can regret not to have tried to win.

We were delighted about their performances and we are very proud of them.

The only thing which has risked to ruin the beautiful atmosphere we were enjoying were…the judges. Unfortunately this edition suffered of a few bad calls, real big mistakes from very few people. The problem is that no matter what your efforts are, if judges don’t do their job correctly, you really risk to blow up everything. Luckily we have always found reasonable people, who understood the different situation and that in the end couldaccept Appeal Board decisions.

We must not forget thoughthat judging and refereeing in WAKO World Championships is it a very demanding business. People has to work &rdash non stop &rdash for 8-10 hours a day and for 4 days.

It’s really very difficult to keep your concentration for such a long time and that’s why mistake may happen.

WAKO Boardhas already in mind to change the present system of recruiting judges. We will select them previously during our continental championships and WAKO Board- through its Referee Committees-, will invite specificallythe international judges and referees to officiate in the World Championships.

As far as medals, we had some big surprises in .

For the first time ever, finished first in Light Contact followed by historical super powers like and . confirmed their supremacy in K1 Rules followed by and , but we have again on top of medals in Low-kick. But here, they used to dominate, together with Serbs. In 2007, we did not see a real domination. Surprises came for countries like , (they never won a gold inSkopje European championships and here theyconquered 1 !), Bosnia Herzegovina, , , , which means that our sport is getting more and more universal. As it should.. That’s the best news from and as WAKO president, frankly speaking, I amreally pleased.