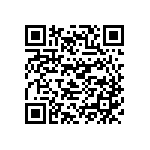 For the first time, kickboxing in the Asian Indoor Games in

The WAKO tournament obtained the success that everyone expected and it has now been included among the official sports of the Asian Olympic Committee and its activities.

Just a few months after my first trip to I find myself here again, this time in . This little strip of land, just 28 square kilometres, was a Portuguese colony for over 200 years and is now, like Hong Kong, part of with special status. To get here there are no direct flights from , so I first had to fly to and then on to Hong Kong from which I took a ferryboat to . It was a 24-hour journey, but well worth it.

is well on its way to being one of the most famous and frequently visited places in , not for its natural beauty as much as because it is known as the of the Orient. In the few kilometres of the “ strip ” , like in , enormous skyscrapers have sprung up which are nothing but casinos.

The Olympic Committee of Asia (OCA) invited me to be present for the opening ceremonies of the second Asian Indoor Games and they put me up in a suite in the biggest hotel in the Orient, “ The Venetian ” .

When I arrived near the skyscraper hotel, I nearly went into shock when I caught a glimpse of St Mark’s bell tower, that’s right, the tower of the most famous basilica in the world after St. Peter’s. But that’s not all: the entire hotel is surrounded by the same buildings as St. Mark’s Square, from the Palazzo Ducale to the Palazzo delle Carceri. Obviously it’s all an enormous façade, a huge remake complete with canals and gondolas and gondoliers who row and sing to the delight of the millions of tourists who come from all over. At the centre of this reconstruction of is the huge hotel, a 30-storey skyscraper with 3000 rooms that can sleep at least 6000 people at a time. It is a monster of cement and steel, but with all the rooms and the never-ending corridors painted in Venetian style with those light blues typical of Tintoretto, the frescoed ceiling, gold everywhere. In other words, it’s alla &rdash an insult to good taste, also because it’s all fake.

What is truly amazing is how much space and money are involved. I had the good fortune of playing golf, during a break in kickboxing activity, with a man from who works in the Venetian’s financial department, the most important aspect of any company, including in the gambling business.

The company that built the Venetian is American and is owned by a certain Mr. Anderson, who is one of the richest men in the after Bill Gates and Warren Buffet. The Venetian in cost 3 billion US dollars to build, but incredibly the investors think they will recover their investment in just 5 years.

However, the message that the architect wanted to give to the world with such an undertaking is quite clear &rdash in place of St. Mark’s Basilica, around which a civil society was born and developed, as in all Italian medieval cities, he created the new temple of a modern society that couldn’t be the Church, but instead a huge casino that is the new holy sanctuary of modern times, with everything projected towards seeking success and wealth. The huge casino, among the largest in the world, is in the heart of the building on the ground floor. It can be reached from everywhere and is a sea of gaming tables.

The Venetian of Macao was the headquarters of the Asian Olympic Committee and the hotel itself was all I needed to realize how far we have come in Asia, which certainly will play a leading role in the near future of human history.

I was there because I had been invited as the president of the WAKO world federation to see up close the kickboxing competition (in only 3 fighting disciplines &rdash semi, full contact and low-kick) that the OCA had inserted as a demonstration sport. Needless to say, it was very important for the future of WAKO to be successful at .

I will start by saying that all the participants did their part and at the end everything was perfect and running like a Swiss watch. The highest officials of the Asian Olympic Committee came to our tournament and left convinced that WAKO knows what it is doing and that we have an interesting and exciting sport that is enjoyed by the public. Therefore, we have already been confirmed as an “ official ” starting with the next Asian Games.

Nasser Nassiri (president of WAKO in ) and I had worked hard in preparation of our appearance in . We chose some of the best countries we have in that part of the world, only nine of them. In order of medals won, they finished: , , , , , , , the . Each nation could bring a maximum of 15 athletes, 5 per specialty in 5 weight divisions, men only. We wanted to give the most complete idea possible of our fighting disciplines which are divided into “ tatami ” and “ ring ” competition, and I think we succeeded. We have wide disparities of technical ability: the Central Asian countries, like , and are strong in the ring disciplines while Arab countries, for example, are stronger in competition held on a tatami, like semi contact. Thus, the distribution of medals sufficiently satisfied the needs of everyone involved.

The domination of both in full contact and low-kick was overwhelming: eight gold medals, three silver and 4 bronze in 10 weight divisions. won four gold medals, 1 silver and 3 bronze in semi contact, while was third overall with 3 gold medals (2 in the ring and 1 on the tatami), 4 silver and 6 bronze. , and won the remaining medals, but everyone left convinced that something good and long-lasting had begun &rdash something that could take them a long way because in those countries economic support from their various national Olympic Committees is essential for their survival.

For the record, here are the winners of the tournament.