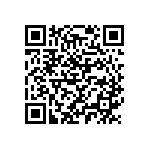 Where Heroes were Born

A fitting header to an amazing event. The Irish Open saw over two thousand world class martial art athletes compete over two days in a spectacle that is unique in today’s sporting arena. The Irish Open has continued to evolve over the years and it has now firmly established itself as the world’s premier fighting tournament, bar none.

Athletes weighted in on the Friday afternoon/evening and Saturday morning, which made the usually chaotic process far more relaxed and organised, which lead to less stress on the athletes and coaches, which is always a good thing.

The Irish Open is an event run for charity by fighters, the chosen charity for this years event was the Irish Society for the Prevention of Cruelty to Children, a very just and worthy charity.So a big thank you to all the volunteers and officials helping out over the weekend, without them the event would not be able to operate.

Saturday
On Saturday for the first time, IO had three black belt divisions being run. This was due to the huge numbers in each of these divisions, a prime example was the -74kg Black Belt division which had 76 fighters from 16 countries, NO other event in the world has this type of number or level of fighter. What a division, it took four hours on two mats just to get to the final, what a final, Current WAKO World Champion, Robbie Mc Menamey was against current WAKO pro World Champion, Morten Spissoy, round one saw a tight match but in the second round Mc Menamey found his footing an moved clearly away from the game Spissoy.

Disappointment in the -63 and -69 finals with Gregorio Di Leo, Italy against Jack Felton from USA who had to pull out due to a broken hand. Incredibly the same thing for Lucheise, against Robbie Lavoy from , who also suffered a broken hand again. However De Lio and Lucheise deservedly took the first place position in what were very tough divisions.

One of the most competitive light contact divisions at the Irish Open this year was the -79kg Light Contact division with a truly amazing final between, Zoltan Dansco, Hungary and Jordan Duffy, Ireland, what a fight both fighters showing amazing strength and determination not giving an inch ether way, but the current WAKO World champion from Hungary took home the Irish Open gold for the third year in a row. With a game Leonard Coughlinand Toby Bemuller taking home a deserved third place.

Congratulations to England Corey Cain for once again winning the -74kg light contact division.Corey who was previously one of the most talented point fighters moved over to light contact for a new challenge, he recently won the ITF world title to add to his kickboxing awards.

The grand champion really did excel this year, with the division being run over four areas for three hours. The winners coming from the various mats to the semi finals where.

, v Robbie Mc Menamey, and Raymond Daniels, v Harold Smyth, . Each of these fighters had to come out of extremely tough Areas just to get to the finals, no other division in the world has this many or quality fighters in it.

Semi Final one saw Mc Menamey v Moradi, round one was close, however in round two mc Menameny was caught with two head kicks towards the end, which brought the final slot to his Hungarian adversary. Semi final two was also a cracker, at the very start Harold Schmidt hit the talented Daniels a clear head kick, five seconds in to the fight, which made the crowd erupt. However after that Kick Daniels did what he does best and dissected Harold’s legs and came through a clear victor and gave himself a place in the Irish Open grand champion final for the fifth time.

So now we had the top two competitors at the event, v . From the offset both fighters fought long range, testing and seeing how each other would react to various intimidations.

Going in to Round one Daniels was two points up. However from the start of round two he went up three gears and clearly outmatched his Hungarian opponent. Amazingly Raymond took his fifth Irish Open grand champion title, something that in our opinion will never be equalled. What an accomplishment by this man, however one can not but think how it is becoming far more difficult each year with the gap shortening between the Europe and the USA, to such an extent that there is very little now very little difference in many of the quarter and semi finals.

The Female grand champion was extremely tough this year, with Gloria De Bei Sharon Gill battling their way through to the finals and the night time show.De Bei and Gill are two very astute fighters with amazing movement and explosive power, both fighters fight in a similar style.Round one was VERY close with both fighters matching each other for speed and ability, but in round two Gloria found her rhythm and slowly etched ahead of the talented Sharon with the Italian taking home the converted Irish Open Female Grand Champion prize for 2008.A well deserved with for this amazing Italian lady.

Thirty six international teams made up of four men and one woman vying for the most prestigious team title in the world today. Team events bring about a special passion and responsibility to fighters, it seems to electrify the stadium once it starts as it is no longer just about you on the mat you have a responsibility and duty to support your fellow team mate and in most cases your country to do what is best for the team, it is a wonderful event full of passion and complete commitment.

Semi Final one saw, SAP Europe once again in the semi finals and up against team best fighter (top Ten) from Italy, amazing athletes on both sides with tantalizing match ups, Zolt Moradi v Grigorio De Leio, Mortel Spisoy and Adriana Passaro, Kristian Barrv Nickos Memos, after the initial three fights it was two wins to Team Sap Europe and one draw to Best fighter team, resulting in a decisive win for SAP Europe.This was the fifth year in a row Team SAP have reached the finals.

Semi Final two was Team SAP v Team Top Ten UK. Again a very tantalizing match up with some amazing talent on both sides, however on this occasion, the Americans proved way to strong for Top Ten UK, team.

So for the fourth year in a row we had Sap Europe v SAP Team All Stars in the Irish Open final. was hoping this was to be the year, having narrowly missed by one or two points over the last four years.

First fight up was Krisztian Jaroszkievicz v Robbie Lavaouy, suprisingleyThe US fighter proved to strong on this occasion.Nicos Memos v Jack Felton was as always entertaining however again memos had the measure of Felton and took a win over to making it one each. The surprise of the final was Zolt Moradi v Jason Tankson, Moradi clearly taking out the game Tankson in the grand champion eliminations and clear favourite going in to this fight, however this was not to be the case with Tankson upping his game and dominating from the start and taking another win to .Europe needed a win to bring it to a fight off between the two ladies on the tam which significantly favoured SAP with Sofia Minda. It was the amazing Raymond Danniels v Andreas Angelopoulos from , again Daniells was on form showing dominance from the start and taking home the win and ultimate team champions prize for the fifth year in a row.

Europe continue to close the gap between the European fighters and USA, however one has to give credit where credit is due and again the Americans took home the prize money.Hopefully next year this will change.

The boys -4ft 10inch division was particularly competitive this year with over 60 fighters in it.Jacob Williamsfrom beat, Craig Whelan from in the final with Jordan Band, and Courtney Browel, taking third place.

The junior division of the day went to the Boys + 5ft 6 inches semi division with , v in the final, what a final worthy of any world championship final junior or senior, these two boys are the future of our sport.Tamas taking the gold on this occasion, with a game K lazaros and Vincenzo Silverotaking bronze, there was sixty two fighters in this division alone, amazing.

In the Semi Contact Girls Brown/Black Belt Division + 5ft 2 inches the final was between Rachel House from Wales and Yaz Anderson, Scotland, both girls had fought their way through 34 competitiors to reach this final and what a final both girls had the ability and exploisive power of athleiths much older than them, they were amazing.Rachel slowly crept ahead of the talented Yaz to take the gold with a deserved bronze going to, Deborah Devita, and Leisha Morrison,

In the Semi Contact Men Brown/Black Belt Division-79kg, we had 59 fighters from all over the world, once again Robbie Mc Menamey from Ireland was against, Harold Schmidt from germany in the final, Mc Menamey clearely won the match taking home for the second year in a row two individual first places, with Andreas Angelopoulosand Josh Heyes in a deserved third place.

32 Semi Brown/Black Belt Division -84kg saw a tantalising final between USA, Raymond Daniel’s and GB, Michael Page, it was a very close match in the first round with Daniel’s up one point, however true to form, Daniels pushed ahead in the second round taking home another gold.Irelands Robbie Mc Menamey and ’s Grazzian Aalession, took third place.

Joey Greenhaugh from beat Robert Knodlseder from in the Semi Contact Men Brown/Black Belt Division - 89 kg in a very clear win for the American with ’s, Roberto Monturo and , Henry Robinson coming in third.

In the female -55kg semi divisions England’s, Maureen Deareen beet Germanys Betty Kovags with and an off form, Sharon Gill in third.

It was great to see The Irish Open on RTE, which is a tv station broadcast nationally in and also on Setanta Sports a satellite sports channel.

Over 140 volunteers helped out over the three days with table officials, floor work and draw sheets, amazing people doing an amazing job.One has to mention the referees, two days of HARD work, keeping things running smoothly with the safety of the fighter primary focus, without these people we would not have an event, they are deserved of our thanks.

Sitting back reflecting over the three days one can not but be inspired by the level of competition at this years Irish Open,it is not perfect it has its challenges, namely the volume of fighters and capacity of the arena which seats 3000 people.The pre registration for all competitor did help this year and next year they will have an automated online registration system set up.As normal theorganising committees hold a post event meeting at which they believe they have addresses some of these for next year making it a more enjoyable event for all

So The dates for the 2009 Irish Open have been agreed and FULLY confirmed,

PLEASE take particular note of the new schedule. As they have SIGNIFICANT changes.

Pre Registration closes Friday 6th March for all participants, no registrations will be accepted after this date.

The committee believe the new format spreads the number of fights for the athletes and gives a better balance to the weekend overall.Next year they are also going to have a marquee to allow fighters to warm up in a comfortable environment.

The committees goal is to continue to improve on the eventssuccesses and continue to give back to this wonderful sport of ours while supporting charitable causes, not that is unique and deserved of support.What an event amazing.The web site is being updated with 8000 pictures and extensive video footage of this years event.