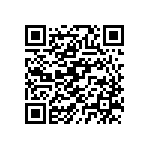 With 65 starters was full contact kickboxing for the first time well-staffed. And one could see the quality level of the participants. Some World and European Champions (male and female) were present in their respective classes and ensured already in the preliminaries for exciting fights.

In the team fights were represented all the top teams of the world. Therefore the Kiraly Team had to give up to finals in front of the TOP TEN team England. The score was tight but clear. On the other side stood the TopTen team Germany against the Best Fighter team from Italy, and the Germans won. The finale was to be between Top Ten team England and Top Ten team Germany. The UK TOP TEN team with the fighters, Drew Neal, Michael Page, Robbie Hugh and Mieke Hink, won however with a clear score against the Germans Zvonimir Gribl, Harald Schmid, Robby Christoph and Melanie Moder.

80 participants in musical forms were enough to finish with this field at 23.30 o´clock. Here clearly won the favorites from England and America. One could see again impressive performances from children to adults.

Also for the first time stood aero-kick on the tournament schedule. To the surprise of the organizers 15 women from 5 nations applied for aero-kick. Both individual and team fights were won by the Austrians.

Saturday was the big day, on which the 1490 fighters were to meet on 9 fight areas and one ring. The prearrangement was the key to end this tournament at an appropriate time. The online registration was used for the first time, and all participants applied correctly so on Saturday there was not one claim that a fighter was registered in an incorrect category. The online registration was introduced by Jens Walbersdorf. As usual he did an amazing job as tournament manager.

On all tatami for Semicontactwere used electronic scoreboards. Inlight and full contact were used online scoring with large screes on which the results of the fights were listed. Peter and Michael Kruckenhauser saved no costs and it was worth it because the last fight took place on Saturday at 23.30 o'clock.

As the only Austrian Mario Huber (Lenzing) won his class 57 Kg Junior in Light Contact, Levente Bertalan failed close to reach the final against the Croatian OGNJEN LEDINSCAK. Florian Fuchs (KC-Kruckenhauser) surprised with twosensational preliminary fights and lost at the entry in the finals against Michael Page (UK) with a very tight score.

Fantastic fights were seen on all fight areas. In the women's finals, theItalian Giada Semenzato fought against the Hungarian Minda Zsofia. The Hungarian defeated the Italian clearly with her faster fist techniques.

In the men's class the finale was between Andrea Lucchese (Italy) and Laszlo Gömbös (Hungary). After an exciting battle Gömbös defeated the Italian witha close score and soHungary won the Superstar in the men's category as well.

All fighters were quite satisfied with high standard of refereeing. The head of the referee Antje Schorn and Romeo Deca made a great job with team of international referees

For all results and many photos check out www.austrian-classics.at

A small drawback of the sport arena was that no spectator seats were available, but this has already been put by the organizers on the next year's improvement list.

Next year, the Austrian Classics will again take place in Walchsee on the26th and 27th of March 2010.