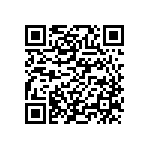 Among the clubs that participated were; Shaolin Temple of Trinidad and Tobago, Team Elite, Falcons Martial Arts, Pyramid Martial arts Academy, Trinity Almighty Warriors and others.

This tournament marked the start of the innovative Pee Wee and Cadet Leagues. Points were awarded and these will be tallied at the end of 2009 where overall National Champions in the various events and Age groups will be crowned. These leagues are the brain-child of WAKO T&T/Caribbean and PKATT President Martin J. McCLashie.