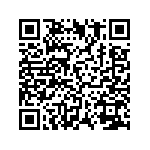 The meeting was held on 29th of August in the REX hotel which will be the headquarters of 3rd Asian Indoor Games. Rex Hotel is one the most prestigious and oldest building in Ho Chi Min City. The meeting was in particular about the technical aspect of the sports which competitions will be held in Ho Chi Min City. Earlier another meeting took place in Hanoi with the participation of Asian sport Federation which competitions were held in Hanoi. Many technical issues were exchanged between the participants and technical handbooks were distributed to the NOCs Chief mission.

It was also programmed for the participants to visit the different venues where the competitions will be held.
Nasser Nassiri had a chance to visit again for the third time the venue where the Kickboxing sport will be held and supervised the progress of the renovation of the sport hall which still not determinate. The visit was and individual visit programmed only for Mr. Nassiri, as the hall was still under renovation.

Mr. Nasser Nassiri, Vice President of WAKO, visited also the hotel where all Kickboxing athletes, Coach/team managers and referees/jury members of WAKO Asia will stay during the competition. The hotel name is Grand Hotel and is 4 stars hotel with full facilities, sauna, pool and etc in the middle of center of Ho Chi Min City, close to the most prestigious shopping center street. All WAKO national members (athletes and coach and team mangers) including the referees/jury members will stay in twin room with full accommodation. The choice of the hotel was coordinate by VAIGOC and WAKO Vietnam representative Mr. Vu Duc Thinh with coordination of Mr. Nassiri.

Mr. Nassiri, Vice President of WAKO stated that “ I am confident of ability of the host country which continues the hard work with the support of Vietnam government and Vietnam sport authorities. ” Mr. Nasser Nassiri, President of WAKO Asian Continental Division added that “ Our WAKO members in Asia are now taking part in one of the most prestigious sport game in Asia (Asian Indoor Games) under the Olympic Council of Asia supervision which brings to all of them additional credibility in their countries. I hope that they will use this credibility to reinforce their position in their countries ” .

Despite of his personal business and occupation, this was Mr. Nassiri’s second trip to Vietnam in last 6 months to coordinate the Kickboxing competition for 3rd Asian Indoor Games. In addition Mr. Nassiri and his personal staff are working very hard on behalf of our Asian members to assure the good administration of Kickboxing sport in Asia.

WAKO (IF) board of director renews all its support and confidence to Mr. Nassiri and wishes him success for the organization of Kickboxing competition during 3rd Asian Indoor Games which will be held from October 30th to 8th of November 2009.