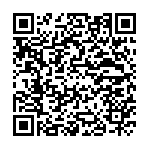 I usually try to compile a report and photographs each time I travel away to any International WAKO event and I pride myself in portraying the story as I see it. This time I witnessed what I would say was the best run and organised WAKO championship I have ever had the pleasure to be part of. All WAKO countries should take this competition as a yardstick for maintaining the professionalism of which we all expect of WAKO. With the next championships being held in Italy, the home country of Dr Ennio Falsoni the WAKO World president I am sure he will up the game even more.

The hosts for the 2009 World Championships in Light-Contact, Low Kick and K1 Rules were the Austrian Kickboxing Organisation led by Mr Niklas Gstattner and Mr Otmar Felsberger and the event took place in Villach, Carinthia (Austria) over 7 days from 19 to 25th October. This represented the first half of the Senior level World Championships with 604 competitors representing 52 countries. Unfortunately, as on so many other occasions there were visa problems which stopped 6 further countries from competing. As WAKO still maintain that only one competitor per category from each country can take part in any Championship this shows how well attended this event was especially as only the Light Contact, Low-Kick and K1 Rules sections were featured!

This WAKO World Championship was very special as it served as the first qualification leg for the 2010 Martial Arts World Games, which will be held next year in Beijing China. The full details of this massive competition can be seen on the WAKO web at www.wakoweb.comalso the very first competitors who have been successful in going to Beijing are also featured on the same web site.

We travelled from Salzburg airport by coach, it was a beautiful journey through the Alps and snow covered mountains, with some really nice picturesque views!! Arrivingin Villach Austria we passed the Stadthalle where we were to be competing over the next week, a very well equipped national ice hockey stadium. We were taken straight to registration and weigh in which was good because as soon as we had finished we had time to relax and find our bearings.

The weigh in was very organised with each country being called in one by one and a full weigh and medical check was completed. The atmosphere really starts to kick in when you see all the other countries there and you see competitors and coaches from times before. All the GB team weighed in and passed their medical check with no problems whatsoever.

Then to the accommodation, our hotel was the Grand Media and it was fantastic, with many complimentary services and great food it made all our fighters feel really good. We had the use of a fully equipped gymnasium, sauna, training studios and all the communication services were free. Spacious rooms with plasma TV again adding to the comfort factor. On visiting the fight venue it became very apparent that the Austrians were out to please and be successful hosts.

The following morning after breakfast saw team meetings for all and then most countries took part in training sessions and preparations for fighters who were to be up first in the competition. The draw sheets came out and they showed clearly that Austria had placed a strong squad with them being home Nation and as per usual Russia were very strong with around 68 competitors!

I attended the Referees and Judges seminar as always for the ringsports which was directly after the Tatami sports. In-between the two seminars the Electronic scoring system seminar took place. This system has now risen WAKO’s game even higher. It has reduced time spent with paperwork and is proving to be very efficient. It is not without fault at the moment but it is still better than the old way and can only keep on improving. The ringsports seminar had attracted more nations this time as the last Cadet championships in Croatia saw them thin on the ground and an appeal was made to all nations. Improvements and suggestions were delivered to the board and then the rules were discussed to make sure everyone was clear.

The first competition day for the preliminaries was on Thursday 22nd October, things were hotting up and the stadium was buzzing, unfortunately many competitors, including several from the GB camp had picked up a flu virus and now had two battles on their hands, but all fighters dug in and gave their best performances regardless.

The Stadthalle was well laid out with three rings and three tatamis and with it being a national Ice hockey stadium there was plenty of tiered seating giving fantastic views from every angle. Security kept things running very smooth only allowing officials, coaches and fighters into the designated areas. It was very apparent also that WADA (The International doping committee were in attendance). This is more than welcomed by all athletes alike as it makes sure that each fighter has a duty to perform under their own steam and without any other sort of sporting enhancement. As WAKO run in line directly with the rules and regulations of the IOC these sort of things are imperative.

For many, this first day was what they had been training all year for and unfortunately for some they were to go out in the very first bouts of the day, but again this is what these people have to mentally and physically prepare for. The people who go through to the next rounds have to hope the stay away from injury etc, especially as with low kick and K1 rules where the low kicks and knees can have very long lasting effect such as bruising which can make it hard to move the limbs easily the next day. I personally believe the competition format is very hard just because of this fact. A champion at any WAKO International Championship is a very high standard of athlete, that is without doubt!

So the competition progressed and the winners went through each time to the next round. One new area this year which proved very interesting and very entertaining was the introduction of the veterans section in Light Contact. I personally think that this is a brilliant idea and next year there will be many many more enter these categories now they have seen how good the standard was. Lets not forget some of these guys were champions many years ago and now are trainers of Champions. This new section gave these guys the opportunity to showcase what they can still do and some did it exceptionally well.

As the competition progressed some of the finals were fought and trophies and medals presented on a fantastic podium. Each winner held their flag high as they were applauded and they stood so proud as their national anthem rang through the arena.

The highlight of the Championships was definitely the Gala show on the Sunday where some of the top fighters who had reached the finals were to fight, there was lighting, strobes, smoke, music singing a live drumming act and the rest, truly professional, in fact just like a big WAKO Pro show where the fighters came out to very strong beaty music and they were all individually announced as they walked down a big walkway to the ring. For this event all the other rings and tatamis were removed and this just left 1 central ring and tatami which were under spotlighting. The fighters were so proud to be part of this and they were all being filmed for National TV and the WAKO television channel.

There were some very close fights and this was to be expected as we had the WORLDS best fighters in the ring and no one wanted to see one sided fights. I believe the electronic scoring has improved things but I have a further suggestion which I think will just finalise the system. I think WAKO now need to modify the electronic scoring so it works like the ABA and Olympic boxing where the majority of judges have to register the marks within a split second for it to score. This way it will provide a better system and totally alleviates the possibility of one singular judge scoring to high or too low. Even in musical forms the highest and lowest marks are taken away giving the same result in that the person is marked on the average. The referees should be commended on how they served and protected the fighters, I saw many a standing count delivered at the correct time, which allows adequate recovery of the fighter, well done!

All the athletes and coaches should be highly commended on their incredible technical levels and their great sportsmanship. As Dr Ennio Falsoni said “ They had furious battles in the ring or on tatamis, but once the match was over, they shook hands, they bowed to coaches, they were friendly and nice to each other. Fantastic! ”

The next World level event on the WAKO calendar is at Lignano Sabbiadoro Italy in November, for the second and last part of WAKO’s Championships in Semi Contact, Full Contact, Musical Forms and Aero-Kickboxing. This will be another very important competition as again the top four competitors in the selected categories in Full Contact and Semi Contact will represent their country in the 2010 Martial Arts World Games.

WAKO has certainly proven beyond doubt they are leading the field in martial arts and hence why they were selected as the World Governing Body.