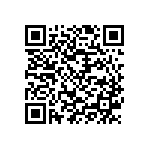 WHERE THE LEGEND ENDS

After 40 years, I discover that the martial arts situation in the USA is, well… worse than ever (from my point of view, naturally), but constantly evolving.

I grew up with the myth of cowboys, western movies and the blue-jacketed Northern Yankees against the gray coats from the Southern Federation. I dreamed of Arizona’s unlimited spaces, I saw the natural wonders of the Grand Canyon and the moonscapes on top of Hawaii’s volcanoes. I filled my eyes and soul with Manhattan’s skyscrapers, as well as those in Chicago, Denver and Miami. Iloved the books of Henry Miller and Ernest Hemingway, the writers of the Beat Generation, and the poetry of Ezra Pound and Ferlinghetti. In other words, I have always been fascinated with American culture, possibly because I graduated in English Language and Literature fromMilan’s Bocconi University.

In the USA I feel at home, as if I were in Italy to some extent, except for when I go to observe the martial arts situation.

Excluding 1968, the year in which I first visited California (Los Angeles and San Francisco) as a member of the European Karate team participating in the first World Shotokan Championships organized by Hidetaka Nishiyama (recently deceased), I have been traveling all over the United States for reasons connected to the activities of WAKO, the world federation I have been running since 1984. And every time I go to the USA, like it or not, I come across this or that “ famous ” person, or I go to see this or that highly touted tournament, and I am consistently deeply disappointed by the experience.

This time I was invited as guest of honor by none other than Mike Sawyer and Mark McCoy, the organizers of the most famous American tournament, the ISKA US OPEN, which for many years has been held at the Coronado Springs Resort (within Walt Disney World in Orlando, Florida) during the Independence Day weekend, July 3-4. Since WAKO is by now the federation of worldwide kickboxing, they wanted to talk to me to hear my thoughts about possible common ground and cooperation between our federations. For me it was also an appealing opportunity to go and see, in the meantime, what the “ competition ” was doing, something that I usually never do.

ISKA is one of many organizations that populate the world of martial arts, and kickboxing in particular. Its history goes back many years and it is run by quality people (Mike Sawyer is a lawyer) who are competent (32 years of experience). In the past they were much more active than today in the professional side of kickboxing, in particular during the time when in Europe the organization was represented by Switzerland’s Olivier Muller, who knew what he was doing. Unfortunately, after ISKA had seemed to disappear from the scene in Europe, Austria’s Fritz Exenberger, the subject of much gossip, tried to bring it back to life, but with very little success from what we can see.

I’m familiar with Disney World because many years ago I organized the world karate championships of the organization I headed at the time, the WKO, which I later left when FIAM became FIKB and entered CONI (the Italian Olympic Committee). I organized those championships in the beautiful facility of the Walt Disney World Sports Center in collaboration with Joe Mirza, who is still the head of an important traditional Karate association. It was a good experience in some ways, but traumatic in others.

From Italy we think of Disney World as being a large place, but always by European standards. Instead, Disney World is an enormous area where anyone without his own means of transport is out of luck. The distances to cover between one place and another are incredible, and if you wait for public transport you are screwed. Coronado Springs Resort, where the ISKA US OPEN is held, is within this enormous amusement park. The accommodations are certainly superior to what our organizers usually offer, without doubt. But the venue where the competitions take place, here and in the rest of the United States, is the open space of the resort’s grand ballroom. By moving the mobile internal walls of the huge structure you have all the space you need to do whatever you want, from trade shows to conventions and martial arts tournaments.

The only problem is that the floor of the entire ballroom is flat and there are no grandstands to speak of. All the fighting areas, as many as 40, consist of5 x 5 meter mats placed on the floor, except for the elevated musical forms stage which was to be the highlight of the final US OPEN show. Not surprisingly,once the matches started there was sheer mayhem with all the aficionados and families crowding around each ring, thus preventing everybody else from seeing the action. We were concerned about the unusual crowding around the fighting areas we witnessed during the 2008 Rimini FIKB Italian Championships. Well, in the USA this is the norm!

It was like a trip into the past. That’s the way it was 30 years ago and unfortunately it hasn’t changed at all. The other famous tournament “ The Battle of Atlanta ” is held at the Hyatt &rdash another grand hotel &rdash which means that in the USA it costs less to rent luxury hotels as venues for the tournaments rather than sports arenas since they are too big and expensive for martial arts.

However, what really struck me as odd was that during the US OPEN, as happens a bit in our own Karate tournaments, the lion’s shareof the entire championship program was dedicated to katas and musical forms (the similarity stops with the name as their forms have very little in common with WAKO’s). In America the music is just a background, while in WAKO the form must be structured around the rhythm of the selected music. The 2000 competitors, who later became 3000 “ entries ” , since one individual can sign up for several weight categories and “ divisions ” or specialties (one guy enrolled in 11 different trials) so we had a total of 2000 forms! After a few hours of traditional katas, individual musical forms, and team forms (couples or trios), “ synchronized ” as they call them here, with or without music, with or without weapons of every sort, I just couldn’t take it anymore.

I started touring the various fighting areas, the only real opportunity to see something, due to the human barrier surrounding them. I saw urchinsputting themselves to the test in point fighting, the second specialty of the US OPEN. There’s a division for every year starting from 5 year olds! It’s the classic American karate with hand and foot guards like in our semi-contact, plus the mandatory helmet, with the only difference being that all matches were contested up to 7 points. Every kick to the body or face was worth 2 points, every punch 1 point. The winner is the first to reach 7 points. I timed the duration of the matches and was flabbergasted: the average time for each match was a mere 55 seconds!!! Therefore, you finally reach the USA from all over the world &rdash there were WAKO athletes from Ireland, South Africa, Hungary and Italy &rdash you spend quite a lot of money for flight, lodging, food and entrance fees, and after only 55 seconds you are either still in or out and going back home.

We are accustomed to longer matches (Italian matches are 2 x 2 minute rounds, European and World championship matches are 3 x 2 minute rounds) that are completely different in nature. For this reason the Americans struggle when they come to our tournaments. It’s like a 400 meter sprinter entering a 1500 meter race. It’s another world!

For the record, the team matches were won by the American team of Raymond Daniels, who was my guest at our national training session in Cattolica about two years ago.

While I came to see the ISKA World Kickboxing Championships, I wound up observing only the “ point fighting ” and musical forms competitions as these two are the only specializations with something in common with our kickboxing. The rest was all Ju Jitsu, demo team, breaking boards, grappling, self defense, training with famous champions and Mixed Martial Arts. In fact, MMA is enjoying incredible development in this country thanks to the revenue from the UFC’s much-criticized “ cage ” matches on “ pay per view ” , to the point where they receive full-page coverage in newspapers, something that has never before happened for any other martial art. It made me think immediately of my old friend Michele Panfietti and his Martial Arts Marathon in Carrara. It’s the same big conglomeration, good for business, certainly, but as for the rest…I can do without the bright colored clothing of the judges, the guy who indicates points with hand signals and the wives and girlfriends of the various instructors who acted as timekeepers at the scorers table.

Anyway, over the last 30 years Mike Sawyer and Mike McCoy have been good at “ selling ” the US OPEN to the fans of that type of martial arts and attracting people and revenue.

As for me, I must say that it was another “ experience ” , and certainly not a new one. But the one thing that left me happy, if you will pardon my immodesty, is the certainty that WAKO has no competitors in the real world of kickboxing!

I invited the two Mikes to come to our next World Championships in Villach, Austria and Lignano Sabbiadoro (Italy), so that they can see for themselves.

The drive back to Miami for the return flight home was brief and more pleasant than ever before.