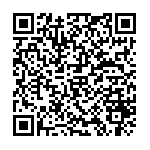 SportAccord Convention is annual and lasts 6-day gathering International meetings along with the opportunity to meet members of the business network community involved in sport.

Owned by SportAccord/GAISF, ASOIF and AIOWF, the event comprises the annual meeting of 104 International Olympic and non-Olympic sports Federations and Organizations, the spring Executives Board meeting of IOC, 2 ½ days of different conference sessions, an extensive industry exhibition and a wide variety of scheduled networking opportunities throughout the week.

The Convention ended on 30 April just after the SportAccord/GAISF extraordinary general assemblies. WAKO President Mr. Falsoni had to return to Italy due to business obligation but he was well represented by Mr. Nasser Nassiri in the general assemblies who was accompanied by Mr. Espen Lund.

Approvals of SportAccord/Gaisf 2009 Balance Sheet & Accounts, 2010 Provisional Budget and Applications for SportAccord membership were part of agenda among other items.

Martial Arts & Combat Sports Games were also part of agenda item. Mr. Antonio Spinos, the President of World Karate Federation who is a director of MACSG presented a report of the activities and confirmed that since the signing of Host City Contract, in March 2009 in Denver, the preparations of the World Combat Games have been in full swing and that all IF’s are now getting ready for the registration of their officials and athletes.

Kickboxing competitions will be held at the Beijing Institute of Technology.
For more information about Martial Arts & Combat Sports Games please contact barbaraf@wakoweb.com