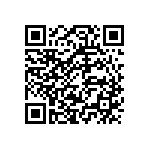 There were inevitable problems when the Islandic volcano eruptedand the Austrian Classics were planned for the same weekend.The Austrian Classics for 2010 were not favoured by the stars. Air space was closed from Friday and over 250 participants couldn´t travel, among them the top fighters, Drew Neal, Robby McMeanamy, Michael Page etc.

Nevertheless, 1258 fighters from 30 Nations found there way to Innsbruck to the fantastic sporthall in the Olympic Stadium. On Friday the qualifying rounds started at 16.30 in K1 and full contact kickboxing in two rings, a very high standard was displayed. Further games were held in Light-contact the green belt class, Team fighting and Formation competition. There were 100 participants in the Formation area and ended at 23.30

On Saturday everything began on time at 9.30 in all 8 fighting areas and in two rings.

60 top judges from WAKO under the management of Antje Schorn, Roman Deza and Michael Puchermade sure that there were fair and problem free fights. With partly over 30 competitors the athletes had to give everything to be on the winners podium.Top favourites likeGregorio di Leo, Harald Schmidt, Desian Michel, Kristian Jarozkievicz, Marco Nordio, Tamas Imre, Richard Veres, Laszlo Varga, Emilia Szablowska, Anna Kondar, Jarkki, Alex Lane and Mike Pombeio showed semi contact from another planet. You could highlight many different fights but the fight on the way to the final between Moradi Zolt and Gregorio Di Leo “ Grillo ” was a firework of magical techniques. “ Grillo ” could decide the fight for himself but in the final he had no chance against the outstanding Harald Schmidt.

The two boys from the USA. Alex Lane and Mike Pomberio showed world-class semi-contact, but were still outclassed early on.Alex Lane, who has participated many times in the Austrian Classics and has been a winner, was impressed by the quality of the fighters. This densitiy of top fighters doesn´t exist in the USA.

Everything was well organised and therefore the last fight was at 21.45. Straight after began the Superstar.

Although many fighters were tired due to the team and singles fights, 27 ladies and 47 men registered.

Ana Kondar from Hungry dominated the women and won in the final against the motivated fighter Evelyn Neyens from Belgium.

The men showed a sensational display of World Class Semi-contact.The final was between two fighters from Hungry, Moradi Zolt and Laslos Gömbos, naturally the excitement was lost.

Laslos Gömbös beat his team colleague Moradi Zolt and is with that the TOP TEN Superstar 2010.

Everyone of the participants was impressed with the Olympic Hall and if hopefully a volcano named Eyjafiyalla doesn´t break out again there will be an Austrian Classic WAKO World Cup 2011 with over 1500 starters that will be, once again, one of the largest WAKO tournament in Europe.