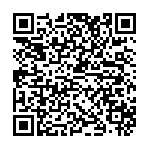 Keep writing. It is with that thought that the delegation arrived in Rio de Janeiro tourist town of Embu das Artes, in São Paulo. The historic 20th edition of the Campeonato Brasileiro KickBoxing held from 03-06 June at the gym hall, embodying the state of Rio de Janeiro as their great champion, making the Rio maintains a hegemony of 12 consecutive victories. Champion again. This is what the athletes achieved in this edition of Rio de Janeiro, but this time the difference was very small. Fighting the fight-to-fight with São Paulo to the achievements of the gold medals, the Rio opened only advantage on the last day of competition, leaving only eleven medals difference of São Paulo.

"We came with the largest delegation in history (256 athletes) and very prepared to achieve the goal. São Paulo, again, very upset, but was sharp growth in other states, like Rio Grande do Sul and Espirito Santo and this is what is making the difference in the end", concluded Capitulino.

"The statements of the leading state of Rio are compelling. Before was very easy, but now there is a dispute of medals, not only in São Paulo, but with other states that are coming more and more prepared and better each year are placed in the overall medals table", says Paulo Zorello , president of the Brazilian Kickboxing Confederation, very pleased with the event.

Here's how it was the final score of the event:

NUMBERS
With the participation of eleven states, which provided 936 athletes, this historic edition of the Campeonato Brasileiro, which moved the town of Embu das Artes during the four-day weekend in Corpus Christi. Jubilant and a lot of competition, 'Brasileirão 2010' already much missed at all were more than four months to prepare for the historic issue number 20 of the competition.

Athletes from eleven states have provided the public who attended in large numbers to the gym hall, disputes of high level, fighting for results and medals.

The numbers of the event, are:

EMERGING
Rio de Janeiro and Sao Paulo have been sharing the national spotlight for many years, but the Holy Spirit was the highlight of the year in the 20th edition of the Campeonato Brasileiro KickBoxing as the fastest growing state. Led by Laécio Nunes, Espírito Santo ( second palce ),and Rio Grande do Sul ( won third place ) taking home 45 medals in total, including 21 gold, 13 silver and 11 bronze medals, establishing himself as the state emerging in the sport.

"I have to thank all the members for winning. It is all of us," said Nunes Láecio euphoric.

"We are preparing for great achievements both inside and outside the ring, because our state ( Espírito Santo )will host the Brasileirão 2011 and the World Championship 2013. To do this, we have not only technical results, but also organizational and this is our big project" , concluded the president of the organization.
Confederação Brasileira de KickBoxing
Ginásio Poliesportivo do Ibirapuera
Rua Abílio Soares, 1.300
Paraíso, São Paulo - SP
cep 04005-004
Fone / fax: 11.3052.1885
Site: www.cbkb.com.br
e-mail: cbkickboxing@gmail.com e/ou cbkb@cbkb.com.br