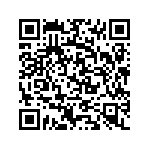 Above all, 2010 will be remembered in WAKO history for two reasons. The first is that Beijing will host the first ever World Combat Games and the second is because WAKO has signed a contract with Legacy, a California company, for the production of a line of protective gear and clothing for kickboxers, bearing the name of our organization and to be sold through our affiliates. In addition to serving a marketing function for our brand, it will also have a highly benevolent purpose. In fact, with every product sold, WAKO will donate one US dollar to D.A.R.E., an American-based organization working to help young people stay away from drugs, alcohol, tobacco and violence by way of educational courses.

D.A.R.E., with branches in all 50 American states and in 40 other countries throughout the world, is run by Texan Charlie Parsons and his management team consisting of active or retired police officers from various sectors, including the FBI and CIA.

I was invited by D.A.R.E. to take part in their annual convention held in Cincinnati on July 20. I was seated with those on the honor platform and at that occasion our international cooperation was announced. For the purpose of presenting our organization to the leaders of D.A.R.E., I asked our representatives in the US to organize a kickboxing demonstration to which D.A.R.E. brought 300 children. I sat down among the spectators together with my wife, who accompanied me on that trip, and I secretly was hoping that those who had been chosen to do that exhibition would live up to my expectations.

They did, obviously, since the group was led by Tom Festa, a friend who has collaborated with WAKO for 20 years, but it wasn’t done the way I would have preferred. Let me explain.

Tom introduced himself to the audience as a proud representative of WAKO, but he was wearing Taekwondo gear with the writing of that Korean martial art on his back. The group of practitioners used for the demonstration was in Karate uniforms (theirs was the Isshin Ryu style of Okinawa) and the first part of the exhibition consisted of presenting the fundamentals of Taekwondo and Karate &rdash mind you &rdash the basic technique, simulated sparring, breaking wooden planks and bricks, in other words all the stereotypes we are very familiar with, but which have little or nothing to do with WAKO kickboxing.

And it was then and there that I understood why WAKO is little known in the United States.

Any martial art, whether it be Wushu, Judo, Taekwondo or Karate (with its numerous styles) has the strength of being known and practiced in exactly the same way all over the world. When I was a follower of Shotokan style Karate I learned Katas and technique that were the same in New York and in Tokyo, and from Cape Town to Milan to Mumbai. The uniformity of teaching and training methods were the key to the worldwide success of the above mentioned martial arts. I was well aware of this when I developed a “ WAKO system ” of kickboxing with its “ syllabus ” , an actual course of theoretical and technical knowledge that enables the practitioner to achieve success in the tests to earn the various colored belts on the way to the top, the black belt. All of my experiences in the world of Karate have stayed with me throughout my career. In fact, they have inspired me in the conception of a “ Kickboxing methodology ” , the final and ultimate purpose of which is to create a “ WAKO system ” that can be recognized the world over for the uniformity of its methods and rules.

As an instructor of traditional Karate, which at the time was dealing with the trend toward “ contact Karate ” &rdash as the forerunner of kickboxing was called &rdash I took to heart the vulnerability of my students. (You can’t refute everything between today and tomorrow, you can’t tell a pupil that what he had done up to now, sometimes for many years, no longer had any value.) Therefore, in my gyms I started to find hours, just before or after karate lessons, in which I publicized the new courses in “ contact karate ” . I left the students free to choose between continuing with traditional karate or switching to the new “ contact ” version, knowing that if I imposed the change on them I could have lost quite a few.

Then, I started travelling around Italy to conduct training sessions in contact karate, my new passion. However, I always suggested to those who followed in my footsteps to do as I had, to be gradual in the passage from one system to another, not to force the issue and to insert over time in their gyms courses with the new methods and the new aims with respect to what they had done up till then.

Thus, the “ WAKO system ” was born and adopted over time. Little by little it found its “ aficionados ” who, with the passage of time, have radically changed the activity in their gyms, in most cases abandoning the old “ traditional ” system. This is the key to the success of WAKO Kickboxing in the world. Except in the United States, at least for the moment.

Once again, my eyes were opened in Cincinnati. If the Americans don’t start to do what I and many others did starting in the 1970s, the WAKO Kickboxing system will never flourish in that part of the world. If they haven’t done so up to this point, it’s because for years the suggestion of a connection to the world of boxing was heavy and negative at the same time. Since, in the United States, boxing has been associated with gangsters from the times of Al Capone, and since the principal clients of a gym are young, it’s understandable that a business (gym) would prefer to use the term Karate or Taekwondo rather than Kickboxing. Still today, organizations like ISKA, which in some manner are in competition with WAKO, insist that the “ K ” of their acronym stands for “ Karate ” or even “ Karate/Kickboxing ” for that same reason. It is, therefore, a huge marketing problem and I think to change the status quo we need people who believe in the new “ product ” , to use the commercial term, people willing to give it a try, who will gradually spread the system. It will require a lot of time and dedication, but if the project is carried forward I have no doubts that it will work, just as it is working in the rest of the world.

Basically, this is about convincing our current partners to insert the “ WAKO Kickboxing System ” into gyms alongside their usual activities, so as not to risk losing their “ habitual clients ” .

This will be the only way for WAKO to be known as more than merely an organization that offers the best American athletes the opportunity to measure themselves on a global level based on common regulations.

From my point of view, this will be the only chance to finally see the development of first-rate kickboxers also in the United States.