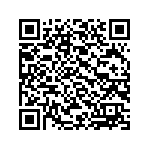 Saturday 30th April 2011, the « Grand Gala de Kick-Boxing », during which malagasy figthers met those of Reunion Island, was held in « Palais des Sports de Mahamasina » in Antananarivo. It was the first competition organized by the Malagasy Federation of Kick-Boxing, a member of the World Association of Kick-Boxing Organizations (WAKO), as an activity of the African Confederation, the fourth Zone, but also the second one after the competition between the other organizations in Indian Ocean, such as Maurituis, Reunion Island, Seychelles and Madagascar in Reunion Island the last April, 9th. and at the same time this Saturday, April 30th was held in Maurituis Island the another competition Maurituis vs South Africa, always among the African Confederation.


The delegation from Reunion, leaded by the Vice-President of the Reunion league of Kick-Boxing, Jean Bernard Sautron and composed by ten fighters, four coaches, two referees, two heads of local clubs and a doctor, arrived in Antananarivo, the Capital of Madagascar on Thursday 7th, the local accommodations were taken in charge by the host, the Malagasy Federation of Kick-Boxing, which also offered to all the fighters the appropriate sport gears.

The Malagasy team won the competition with eight victories by the ten fights organized the night along.
With this crushing victory, the winner team got Ariary 2 millions prime.


Moreover, the lights and sounds effects and the musical show given by the local artists gave the Gala a particular touch in terms of both content and form, as the Malagasy federation also gets prepared to host the African Championship in 2012, and hopes to host International Galas such as the « WAKO World Grand Prix ». At the end of the year, Madagascar will organize the « WAKO Grand Prix de l’Océan Indien ».

Emphasizing that the African Confederation, 4th Zone, will organize another events till the end of the year, such as:


The members of the 4th Zone executive committee: