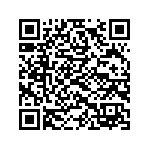 After the successful decades of the Hungarian kickboxing in Europe, which were represented by the light-contact discipline in the 1990’s and even more dominantly by the semi-contact (pointfighting) discipline in the 2000’s, in the last years it is challenged by the American continent to see: who is the best?

One of the leading pointfighting clubs of the world, the Hungarian Halker-KiralyTeam Pointfighting Academy was invited to Canada to participate on the Quebec Open as the only team from Europe. This year more than 2000 fighters and 7000 spectators visited the worldwide known event which is one of the biggest tournaments of North-America and where the European continent was represented by 3 reigning WAKO World Champions of the Halker-KiralyTeam (Zsolt Moradi, Krisztian Jaroszkievicz, Laszlo Gombos) lead by Master Istvan Kiraly (6th degree).

Although this was not the first time when the different styles of the European and American pointfighting meet: in 2008, for the biggest surprise of the fans, Zsolt Moradi defeated the American professional kickboxing star Raymond Daniels in the final of the US Open Grand Champion (open category), and as addition in 2009 he can repeated this victory in a major evening show in Florida as part of the New England Open.

This time in Quebec Moradi could defend his title again by winning in the individual category, moreover the two other members of the team did not come home empty-handed either: Jarozskievicz won silver and Gombos won bronze medal.

During this year more and more American team have visited the bigger European tournaments like the Irish Open in March where the Halker-KiralyTeam defeated the USA All Stars Team (by 4 to 1) in the final of the team competition (from 96 registered teams!), or did the same in April in Innsbruck at the Austrian Classic.

It seems like the small Hungarian team is winning many battles over the great American continent, however the war of pointfighting has not come to its end yet, which guarantees us high quality and impressive matches on the tatamis in the next years.