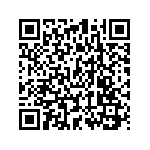 The Turkish Kickboxing Federation organized the Turkish Kickboxing Championships in Sanliurfa, Turkey. 1750 fighters competed in 4 rings for full contact and 6 tatamis for semi contact. For a week, there were closely contested fights at the Harran University, Osmanbey campus in Sanliurfa.. WAKO President, Mr. Dr. Ennio Falsoni followed the event together with Mr. Salim Kayici, President of Turkish Kickboxing Federation. The entire country was able to watch via live broadcast all of the fınal matches in full contact from the TRT3 station which is the government's national station.

Mr. Salim Kayici, President of the Turkish Kickboxing Federation stated that Mr. Ennio Falsoni's coming to our country to watch the competition was a big honor for the kickboxing community in Turkey and thanked him for his support and contribution.

Sanliurfa, one of the oldest towns in the world, was part of Mesopotamia. It gave birth to prophet Ibrahim (Abraham) and is situated today in Turkey, close to the Syrian border. Recently archeologists have found archaeological finds close to Sanliurfa which date back to 12.000 years !