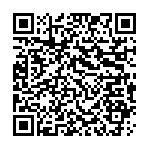 3 young boys from Industrial city of Faridabad (Haryana) has been represented Indian Kickboxing Team at 17th Bestfighter WAKO World Cup Kickboxing-2012 at ITALY from 31st May to 3rd June 2012. The Indian Team for World Cup has taken part under the patronage of ‘Indian Association of Kickboxing Organizations’ under leadership of Sensei Santosh Kumar Agrawal, National Secretary-PR, IAKO.

Sensei Santosh K. Agrawal told that the players were selected on merit & performance basis and recommended to IAKO. They all participated & performed much better in the World Cup Kickboxing. Manjeet Singh Nagil is Sr. Men, + 94 Kgs. category & Kuldeep Kumar is Junior Boys, under 65 Kgs. category. They both fetched Bronze Medal for INDIA. However Suyash Parasher - Junior Boys, under 63 Kgs had struggled to the last moment in quarter final round but lost the fight to Russian Fighter.

There were about 1800 participants (male & female) from 26 Countries participated in this mega International event organized by the ‘Italian Kickboxing Federation, under aegis of ‘Italian Olympic Committee (CONI)’ & ‘World Association of Kickboxing Organizations (WAKO). The all fights were conducted in 10 Tatamis (Ground Rings) & 2 Boxing Rings. Sensei Santosh K. Agrawal also attended the “ International Referee Seminar ” and included in ‘WAKO Referee Panel’ and he also experienced as Official Referee in this World Cup Kickboxing.

Kickboxing Game was introduced in Haryana by the Sensei Santosh K. Agrawal in the year 1998 and formed the State Kickboxing Association in October 1999. HKA is the only registered state association affiliated to the National Kickboxing Federation (IAKO) since 1999 and having its state head quarter at Faridabad. Kickboxing becoming the most popular game in Haryana because of the continuous support & guidance of Sh. Anand Mohan Sharan, IAS President-HKA & Er. S. S. Harichandan, President-IAKO. They congratulated to Team Coach Sensei Santosh K. Agrawal & all players for bringing the laurels to INDIA with Medals.

Kickboxing was incorporated into the Asian Martial Arts Games in 2009, Asian Indoor Games 2007 & 2009 and 1st World Combat Games at Beijing in 2010. Further we are concentrating for the year 2013 where there will be 2 most important International events under the aegis of ‘International Olympic Committee (IOC)’. ‘SPORTACCORD (An International Sports Federation)’ will organiz the “ 2nd WORLD Combat Games ” by involving 15 Combat Games such as Karate, Judo, Wushu, Taekwondo, Aikido Wrestling, Boxing etc. at Saint Petersburg from 18th to 28th October 2013 and the “ 4th Asian Indoor & Martial Arts Games ” will be organized by the ‘Olympic Council of Asia’ at Incheon, Republic of Korea from 29th June to 6th July 2013. The Indian Team shall be selected basing on performance.