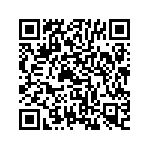 On Saturday, July the 7th, on Football Stadium in Končarevo was held match between Palms tigers - Italy. More than 12 000 spectators watched the match. After the five fights Tigers won 4:1.

The only victory for Italy was provided by Ivan Sciolla who win 3:0 against Danijel Bogdanović. By the end of the match the Tigers made four victories. Predrag Mijailović won against Alessandro Orella by KO in 2 round, while junior Aleksandar Konovalov won by KO in 1. round against Causerano Leandro. Boban Marinković ensure the victory of the Tigers wining 3:0 against Sergio Pimpolari, and Miloš Anić defeated Elio Pinto 3:0 just to confirmed that Tigers were better this time.

Tomislav Nikolić, president of Serbia, attended to the match at Koncarevo, as well as Ivica Dačić, minister of police and future prime minister, and lot of other political leaders and ambassadors Great Britain, India, Canada, Algeria, Slovenia, Belarus ...After the matchs there was a concert of Goran Bregovic and the Orchestra for weddings and funerals.