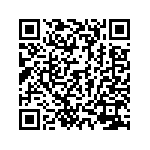 It is our great pleasure to announce that on last Sunday first of July was held the first WAKO kickboxing national championships. The event has special meaning to the country because it is the beginning of a new Sport modality already recognized by the ministry of Sports and soon by its NOC. More than one hundred persons were present representing all regions and provinces of Taiwan. This National Championships were the classification for the next World Championships in which our country is aiming to join next year in Turkey. We are glad to make kickboxing grow stronger in a country which only traditional martial arts were popular before, the Republic of China. WAKO Chinese Taipei is also training its first team to join for the first time the Junior and Cadets World Championships this year in Bratislava.