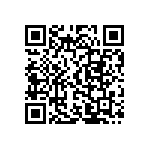 On Saturday night, at the gym, the dispute was conducted by the Brazilian title, between Jorge Blade and Rafael Kaiser, where Jorge Blade was the winner.

Sao Paulo was the first time on Saturday night (July 7), the WGP Kickboxing, one of the main event fight standing of Brazil. The audience that filled the Gymnasium Mauro Pinheiro, in Complexo do Ibirapuera, vibrated with the struggles of the card of the night and witnessed the victory of Alexsandro Pereira by unanimous decision again Clei Silva in the dispute GP until 85kg category, winning the trophy WGP, and Jorge Blade, which secured the belt Brazilian title by beating Rafael Kaiser played in a fight until the fifth round.

The paulista Alexsandro Pereira opened the main card of the WGP Kickboxing and knocked out his first opponent of the night, the paranense Fabio Alberto, at 52 seconds of the first round, then sit around waiting for his opponent in the final GP in the last fight of the night.

The second fight brought the carioca Clei Silva world champion of 85kg in 2010, facing the Sao Paulo Alessandro Benacci. Silva won by unanimous decision and assured in the final GP of the most anticipated fight of the WGP card that put the two players facing each other again.

This year, Alexsandro and Clei had already faced in the Jungle Fight and Sao Paulo got the better, leaving the Brazilian title of the category K1 Rules. The reunion between the two was hotly disputed, the fight went to the third round and Alexsandro, lulled by the fans who chanted his name, won the WGP title after a unanimous decision.
"This is a title that crowns the whole dedication and discipline that I've been having throughout my career. Clei is a great fighter, world champion, but today I got it, and just on my birthday. It could not have a better gift than this", said Alexsandro.

In another clash highlighted the card, which value the Brazilian title belt, Jorge Blade and Rafael Kaiser have fought a fight, but at the end of the fifth round, the carioca won the title by winning a split decision.
"I said I would take this belt to Rio de Janeiro, and fulfill the promise to my students, my staff and everyone who supports me. Had a lot of pressure for this fight in me, social networks, in training but managed to keep control over the ring. Many people complained, but have to remember that I have won five times before that fight the Kaiser", said Blade.

In the preliminary card were played two boxing matches: Tebar Paulo (SP) defeated Marcos Vinicius (SP) by TKO in the first round 55seg in Low Kick to 62.300 kg, and the K-1 Rules to 62.300 kg, Alessandro Júlio (SP) Son knocked Everaldo (SP) in the second round. Closing the program of the night, the race world title boxing, welterweight category, between Bahia Idiuzan "Whip" and Bolivia's Hugo Matos Tababari. The Brazilian won the world belt to knock out the opponent in the second round.

The timing of the WGP Kickboxing continues this fall as selective for It's Show Time, an international event which will also be held for the first time in Sao Paulo in November. The dates are as follows: WGP - Maringá (PR), August 25, WGP - Niterói (RJ), September 22, WGP - Belo Horizonte (MG), October 20.

The WGP Kickboxing is sponsored by Adidas, the Government of Sao Paulo State Secretary for Sport, Recreation and Youth. Media Partners: VIP Sports Interactive, Bandsports and Combat. The achievement is the Brazilian Confederation of Kickboxing, under the supervision of WAKO Pro

PLAY BOY BUNNIES WERE PART OF ATTRACTION TO THE WGP KICKBOXING,
Click here to read the article!