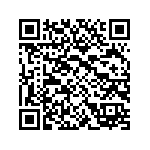 The well worth seeing kickboxing event “ Askö Fight Night ” took place at the Area47 in Ötz/Tyrol last Saturday.
Everything was hosted perfectly by Peter and Michael Kruckenhauser.
The “ Fight Night ” was the end of the martial arts workshop with almost 200 athletes from all over Europe.
8 different, most popular kickboxers in the last 15 years were guiding through the workshop.
200 Participants as well as the 700 visitors were absolutely enthusiastic about the great location at the Area47 and the overall 7 fights.
The opening fight was between the 18 years old Austrian Sebastian Samberger and the 19 years old German Alexander Stojanovic. This hard but fair battle won Stojanovic with tight 2:1 referee points.
The next fight was between Jasmin Memisevic (A) and Andre Staffen.
This already known battle ended also against the Austrian with tight 2:1 referee points. Indeed this result was much discussed and some people in the audience thought the Viennese was the real winner.
The third fight Austria vs Germany was between the Austrian Faton Llapastica and Felix Lang.
Here was a very clear outcome of 3:0 for the Austrian Llapastica. Therefore the country result was 2:1 for Germany so far.
Continuing with fight number four: A very rough combat between Karim Mabrouk between Markus Meyer.
Despite some really good kicks against the head of the German, he could win this battle and brought the Germans with 3:1 referee points to the first place.
The first knock out of the evening was also the first fight between Austria and Holland.
Dublee Chen from Holland was dominating throughout the whole K1 battle with knee strikes towards the body and also many precise punches to the head. In the middle of round 2 could place the Dutchman a really hard uppercut and a straight kick on the head.
The next highlight of the evening was the fight between the famous in Austria and former amateur World champion Doris Köhler against the physically advantageous Dutchwoman Tuyet Ttrinth Thi.
Throughout the whole fight the 37 year old Viennese was able to dominate the battle with spectacular jump kicks towards the head and perfect hand-foot combinations.
After 5 rounds Köhler could win outright with 3:0 referee points.
Entertainment was also provided with the great show act of the rock singer Patricia.
The twin brothers Weinold who are already famous for 35 years were performing their perfect and entertaining martial arts show straight away.
It was not the first time for them to get a lot of laughs and astonished looks. Directly following was the main fight of the evening with the local hero Steinlechner Christoph (from the Martial Arts Club Kruckenhauser) and the Telfser Georg Parth.
This fight was about the WAKO Pro title of Austria in full contact and therefore in 5x2 rounds about the belt.
Already the first round has started with a big pressure from Christoph. After some good and hard combinations and hooks against the Telfsers head, he was down for the count. Everybody in the hall was expecting a very fast ending.
Nevertheless Parth was getting back into the battle and could get through round 2-5 very well.
Christoph Steinlechner won tis competition deserved with 3:0 points.
Everyone was celebrating at the after-show party from Peter and Michael Kruckenhauser until the early hours.