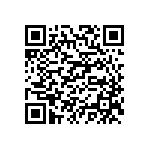 110 fighters representing 9 African countries took part inthe final test for the 2013 World Combat Games. Extraordinary work of the local Federationand of its leaderBriand Andrianirina who, thanks to the support of his government, granted the event a great success.

I attendedmany kickboxing events in my long career as Wako president, but I have to say that I really enjoyed the recent 3rd African Championships held in Antananarivo, capitol of Madagascar from 26th to 30th September.

I was in Cameroun and in Gabon for the previous two editions, but this 3rd one promoted by Briand Andrianirina, president of the Madagascar Kickboxing Federation, went beyond my expectations so that I can honestly say it has been the best African Championship ever.

Only 9 African countries could participate to the Championships in Madagascar with a little bit more than a 100 competitors distributed in Point Fighting (which made its first appearance ever in Africa), Full Contact and Low-Kick, the 3 styles selected by Wako Board for the 2013 World Combat Games.

But what really made the difference in this occasion is the extraordinary support that Briand Andrianirina could grant to our Championships from his Government and in particular from the President of the Transition himself. Thanks to that support, Briand could promote the Championships at the maximum level, setting up the sport-hall with platforms, gangway, lights, smoke, mega-screens, singers, dancers, cheerleaders , like in a professional Gala which gave the event a special flavor.

Then he could grant free hotel accommodation to all participants and could invite 6 European referees (Alfredo Zica, Claudio Baccolini and Oriano De Bei from Italy; Peter Galambos from Hungary; Zoran Simurina from Serbia and Brian Beck from England) because the level of the African judges and referees is not at the standard yet in most of the cases. Counting on the experience of the 6 Europeans, Briand Andrianirina granted the Championships themselves a smooth running and complete neutrality of judging. To make a complete success for any sport event, everybody knows you need good players and good and fair judging. You miss just one of the two ingredients and you can blow up any millionaire promotion as some football matches prove us from time to time.

Wako also brought to Madagascar exactly the same technicalities we normally use in our Championships and that gave the organization a touch of professionalism never smelt in the past editions. The Europeans we broughtgave also a seminar to all African judges and referees who attended the event anddefinitely they helped to upgrade their knowledge of the Wako Rules.

I was also impressed not only by the choreography of the Championships, but from the technical level of the fighters as well. One in particular will stay in my mind: Awoyele Olakunle from Nigeria, a 71 kilo fighter in full contact who knocked out in an impressive way (20 second from the start of the first round!) Moroccan El Bahri Miloud in the final, after having suffered against Mabaka Regis from Gabon in the semifinal. The Nigerian fighter has great kickboxing techniques andgreat power in his hands. His punches were devastatingfor his opponents and I am sure that he will be hard to beat in St.Petersburg next year.

I was also impressed by the endurance, the determination and the fighting spirit of a few fighters : Lucky Mokate (63.5 kg) won the contest against Stephen Rakotoson of Madagascar in a very exciting fight during which the South African fighter exhibited superior strength and endurance against his Madagascar opponent.

The same did Anigael Castro, just a 16 years old boy in Low-Kick at 60 kg. limit, against Thomas Angelo Raoul from Isle Maurice. It was a great performance of technique andpower for the joy of his compatriots.

But the team finishing first was Morocco, leaded by El-Hilali Abdelkrim, which brought home 8 gold, 5 silver and 3 bronze medals. Logically Morocco is the country with the longest experience in Wako tournamentsand in general they have the most experienced fighters. But all the other countries are catching up and that kind of competition will better the general technical level of fighters. For the good future of the kickboxing in the Dark Continent.

Madagascar Kickboxing Federation had just finished their task that Briand Andrianirina, still full of enthusiasm, had another great idea: to propose Madagascar as the next promoter for the Wako Military Kickboxing Championships in 2013. So, salama Madagascar, we’ll be back!