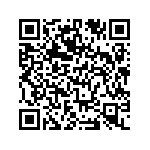 During the evening of October 20, 2013 at the World Combat Games, kickboxing completed draws to set the match-ups for the semi-final eliminations to be held on the first day of competition. Over 32 countries are represented in three categories of competition at this SportAccord hosted event being held in St. Petersburg, Russia from October 18-26, 2013. Over the next five days, new kickboxing champions will be crowned in three disciplines - pointfighting or semi-contact, full contact fighting and low kick fighting.

Competitors earned their spot to compete at the World Combat Games by qualifying at one of four regional championships hosted by the World Association of Kickboxing Organizations (WAKO). European fighters were drawn from the 2012 European Championships held in Bucharest, Hungary and in Turkey. The 2012 Pan American Championships in Sao Paulo, Brazil was the playing field that drew top fighters from the Americas. Pune, India was the host for the 2012 Asia Games while African competitors fought their way into the World Combat Games through the African Championship in 2012 in Madagascar.

In point fighting, Hungarians Richard Veres and Laszlo Gombos were both divisional winners in 2012 in Bucharest and are expected to be difficult to defeat at the World Combat Games. Gombos also holds a 2011 WAKO World Championship in his weight class. Chelsey Nash of Canada is a favorite for women's point fighting. Nash will face off in a repeat of the 2011 WAKO World Championships in her first round as she faces Gloria de Bei of Italy. Nash bested de Bei in 2011 and hopes to repeat that win at the World Combat Games. Nash is expected to also see fierce competition from Shauna Bannon of Ireland and Adrian Kades of Hungary.

The Russian competitors are expected to put on a great show in full contact and low kick competition at the event. Sergey Lipinetc is a solid full contact competitor with a silver medal from 2011 under his belt. In women's full contact, Norway's Tonje Sorlie is considered the one to beat. Sorlie was a 2011 WAKO world champion in her weight class.

SportAccord recognition is a first step towards acceptance of a sport by the International Olympic Committee (IOC) and the World Combat Games are an opportunity for recognized organizations to offer world level competition in an Olympic-style atmosphere. WAKO is the SportAccord recognized organization for kickboxing. The World Combat Games were first held in Bejing, China in 2010 and are held every three years. The stage is now set for a second exciting World Combat Games for kickboxing. The semi-finals are held on October 21, 2013, the quarter-finals on October 23, 2013 and the finals on October 25, 2013. All competition is held in Yubileiny Arena.