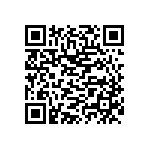 On 17th and 18th January 2015 the ninth edition of the Golden Glove, international event and a must for lovers of kickboxing, took place at new Arena Zoppas in Conegliano Veneto (TV), Italy.

A sport hall set up with 8 tatamis and a giant screen projecting images of previous editions was a perfect stage for numerous athletes (about 900 participants), half of them were foreigners from over 18 countries: Switzerland, Austria, Holland, England, Czech Republic, Greece, Germany, Poland, Norway, Slovenia, Croatia, Bulgaria, Hungary, Ukraine.

A special praise for the wonderful success of the organization goes to those who have personally designed and created the event; Luca Terrin, President of the Veneto Region FIKBMS (WAKO ITALY), Raffaele Di Paolo (FIKBMS board member), Nicola Traina, from Euro Kickboxing Club, (Member of WAKO organizing committee), Oriano De Bei (Member of the Italian Referee Commitee) and Giorgio Lico (Member of WAKO organizing committee).

Golden Glove, as WAKO EUROPE CUP, offered a total prize money of 8,000 Euro, sponsorship was given by global brand TOP TEN, which provided free to all winners a pair of gloves depending on the style. Special guest was WAKO EUROPE General Secretray and WAKO IF Board member, Roy Baker, who said he was excited about the return of this competition and was impressed by the quality of the organization, in fact this year was higher thanks to the computer system used. The system, consisting of a SPORTDATA managed by a very professionasl staff, including the brothers Alex and Jhon Engelhardt from WAKO Netherland, allowed to display achievements, awards and live streaming on the web boards on real time. This technology truly represents the future in the Tatami sports.

The two-day competition began with two beautiful seminars held respectively by the team of Master Istvan Kiraly for Pointfighing and Manuel Nordio and Ivan Sciolla for Light contact, they were both attended by about thirty athletes each.

On Saturday took place all categories of light and light kick and tag team of light and tag team: the team Kiraly dominated the five competitions of tag team taking home € 2,000 while in the individual disciplines italians have achieved great results. Sunday was devoted entirely to the point fighting, discipline with the largest numbers and ended with the grand champion male and female, also in this case the team Kiraly has prevailed over all. To underline the stunning finale to cardio palm of open female between Carmela Abbate and Hungarian Dorina Szabo.

In short, the Golden Glove remains unquestionably an international circuit as one of the most important WAKO competitions, and thanks to its excellent staff was conducted smoothly.