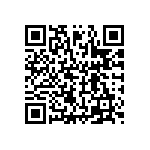 Today, on 4th of April 2015, Indian Ocean Kickboxing Cup took place at Hotel De Ville Antananarivo, Antananarivo, Madagascar. In the 2015 edition of the event, kickboxers from Reunion, Madagascar, Mauritius and Seychelles participated. The event started at 14:30 with local time and had lie broadcast on TVM. The event was promoted by Mr. Briand Andrianirina, President of Madagascar Kickboxing and Associated Disciplines Federation.

“It is experience that will prevail for our fighters. We have shooters who have a big experience of this kind of competition and this can help them make a difference. The goal is to win at least ten home wins. It is also a preparation of fighters for the World Cup scheduled to take place in Hungary in a month and a half, “said the national coach Gilbert Thommy.

Patrice Ratsimba Rasta from Madagascar fought against fighter from Reunion, Naxos Vincent in K-1 discipline and this was the most anticipated fight.

Morale was looking good for Rasta, bronze medalist at the World Kickboxing Cup in Hungary in 2011 and silver medallist in Africa in Libreville. Before the fight, Rasta said: “This will be my first fight against Naxon. I still do not know but I try to impose my own battle.”

In the junior under-51 kg, Justin said Zafy Mariamo Lava kely, involved his title of world champion before the Mauritian Kenny Dinally. For the Mauritian coach Didier Robillard, as he stated before the event, align five young fighters, most will discover this kind of competition, “the competition will be an opportunity for its shooters to speak to a higher level.” It has preserved the favourites in the image of Fabrice Bauluck, James Agathe and Burtlan Simiss for the World Cup.

In La Réunion who arrives with a massive delegation of twelve combatants, the league president, Jean-Bernard Sautron trusted in a young and promising team. The aim of this competition is, according to him adequate preparation for the Francophonie championships. Within the delegation sister island, you will note the presence of Araux Brunella, who recently played the final of the French championship boxing France.

She facedFaratiana Razanabahoaka, K-1 world champion in the under 56 kg. As guest, the president of the French Federation of Kickboxing, Anthony Elkaim was also there to support its fighters.

Seychelles, represented by a single combatant under the guidance of Rasoanaivo Kelly, founder and promoter of the discipline in Madagascar are also ready to do battle. Kickboxers between the four countries, it is certain that there will be some great battles Analakely.

– 54 kg : DONAT (MAD) won against CHRISTIAN (MAD) by referee decision in the 2nd round


For pictures please look at the gallery on:
http://www.worldkickboxing.net/indian-ocean-kickboxing-cup-2015/