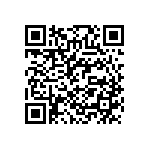 Anapa, Russia, hosted the WAKO World Cup Diamond from 22nd to 27th September 2015.
WAKO Russian team won the first all-command place. Second placeto the team of Belarus, and the third one to Uzbekistan. This year about 1200 representatives from 26 countries attended the event in a combative forum.

During the final gala in K-1 style at 52 kg it was celebrated the victory of the prize-winner of the championship of Russia-2014, champion of Russia among students 2014, Victoria Istekhovskaya (Russia), who defeated another champion of Russia, owner of the World Cup 2013 Gulnara Asylguzhina (Russia).