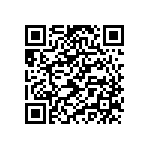 New elected WAKO President Mr. Borislav Pelevic and Mr. Roy Baker, acting President of WAKO Europe, had a meeting in Dublin with Mr. Patrick Hickey, President of the European Olympic Committee (in the picture on the left with Mr. Pelevic).

Mr Pat Hickey was specially invited to the finals of the Championships in Dublin, where he had the opportunity not only to meet the new WAKO President but also to enjoy the best fights of the Championships.
(In the pictures below conversation between Mr. Hickey and Mr. Pelevic, introducing the WAKO magazine)

Theme of the meeting was participation of kickboxing on the next European Games 2019 in Sochi, Russia. On this occasion, it was announced the visit of Mr. Borislav Pelevic and Mr. Roy Baker to Moscow, where they will meet Russian Minister of Sport.

(In the pictures below Mr. Hickey with Mr. Roy Baker awarding the best announced participants of the Championships)

(Roy Baker, Pat Hickey and Borislav Pelevic together in the picture below)​