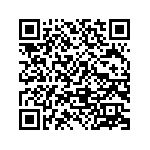 Karlovac Open is over, an international kickboxing tournament which traditionally brings together not only the clubs from the region, but from all over Europe and the World.
The advantage of this tournament is that it takes place in all disciplines of WAKO Kickboxing, so the participating countries have the possibility to register their teams of competitors in all seven disciplines.

This year the tournament was more than successful not only at the discretion of the organizer, but also by the impressions of the participants, who, after three days of competition, went to their homes satisfied. Total number of participants was over1000, in fact this year we had 1538.
That number promised good fights on the tatami and in the ring.

Judges and referees came from all around the Europe. The competition was under supervision of Ministry of sportS of Croatia, Croatian Olympic Committee and Anti-doping agency.
The total number of participating clubs was 159 and the number of participating countries was 21: Hungary, Italy, Bulgaria, Bosnia and Herzegovina, Austria, Great Britain, Slovakia, Poland, Greece, Slovenia, Denmark, Germany, France, Turkey, Macedonia, Ukraine, Israel, Montenegro, Finland, Netherlands and of course host country Croatia.

On the first day of the tournament we had musical forms going on, Grand champion fights in individual competition, team fights were held and seminars for light contact and point fighting.
Second day of competition was reserved for the fights in point fighting, full contact, low kick and K1. The atmosphere was at the level of high quality competition.
On the third day the audience was able to watch the end of the fights in full contact, low kick, K1, kick light and light contact.

After the performance in all disciplines, the order of the best clubs stands like this: