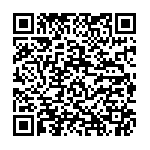 The event witnessed 28 State/ Union Territory Kickboxing Associations of WAKO INDIA with 370 participants in Cadet, 225 in Junior, 344 in Senior and around 200 coaches and official, in total 1139.

The event was opened by His Highness Prince Sambhajiraje Chhatrapati on 17th February where various other dignitaries, singers, actors & actress were present. In opening, all teams march past with their names and accompanied by live rock concert at the end.

The team of Maharashtra state Kickboxing Association, one of the biggest & active members of WAKO INDIA with 34 & 15 Gold medals won both the titles of WAKO INDIA Federation Cup & Junior National Kickboxing Championship 2015/16.

The event was covered by National Sports Channel “DD Sports” the feed will be available in more than 38 countries around the world. Amateur competitions were held for 5 days 17th to 21st along with PRO fights every evening on 3 tatami and 1 ring.

Excellent hospitality and sports atmosphere was created by the host of the event Delhi Kickboxing Association (DKA). The event was memorable for all team and spectators.

WAKO INDIA is the only Indian National Kickboxing Federation (N.G) recognized by WAKO ASIA and WAKO.