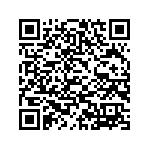 One could almost touch the energy in the air.
Two days on four rings more than 300 fighters were seeking for the victory in the Arena Sparta in Prague. It was the tournament in WAKO K-1 discipline - the strongest, the toughtest.

The level of adrenalin was extremely high. Many of the fighters entered in the fights seeking for the KO.Unpredictable and interesting fights, fights without a compromise.

Two days there was a live stream on the Czech full contact Union web site.

Congratulations to the organizer for the fantastic tournament.

Jan Frana, representing the organizer Czech full contact Union:
"One division K-1 is enough to fulfill the expectations for the good fights. We have here all age divisions: cadets, juniors, seniors, female and men, and all weight divisions. With more than 300 entries, we have four rings and fights two days with Gala night show with all senior final fights with one fight in Pro for the title. I can tell that we can be satisfied with the good tournament and good quality of the fighters from 20 countries. Many teams came here with the national team selection so we have here A class fighters. In some divisions, we had more than 20 fighters in qualifications, so the competition was very high.This is the last gathering of the best K-1 fighters before the European championships in Maribor, which is the qualifying tournament for The World Games. Good test for everybody. I have to say that I am satisfied personally because we have on the finals ten Czech fighters. We have prize money provided for the each winner in seniors division in amount of 1000 EU for men and 500 EU for a woman.I have never seen such good money awards on the tournaments like this. Hope that next year we will have more competitors and this tournament will grow in all senses."