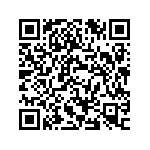 In Karaganda, Kazakhstan, on 28th January there was held WAKO PRO event, with the participation of the best fighters of Kazakhstan, Kyrgyzstan, Uzbekistan and Tajikistan.

WAKO delegation was very satisfied with the event, quality of the fights and hospitality.

WAKO delegates and representatives of the WAKO Kazakhstan and promoters were at a formal reception at Governer of the Karaganda region Mr. Abdibekov Nuzmukhanbet.

There were two TV stations live streamed the event. Kickboxing is very popular in Kazakhstan.