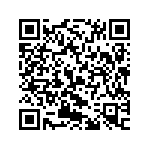 With support from the IOC, WAKO has conducted its first Train the Trainer session within the IOC ACP, a pilot in order for WAKO staff to deliver parts of the ACP outreach program for athletes or coaching them in a right direction.

A mix of delegates from WAKO Athlete Committee, Coach Committee, and Women Committee participated in this pilot and it was conducted as a workshop. The delegates were introduced to the ACP program and tested various tasks and tools as a part of the ACP program. The objective is to give WAKO staff the possibility during the coming championships to organize small workshops and seminars for our athletes.

ACP as a service should become important in the WAKO, and our objective is to develop a mechanism that can educate athletes in career planning, raising awareness of the importance of combining an athletic career with preparation/transition for life after sport. The IOC ACP is based on three pillars; education, employment, and life skills.

The session was organized in Oslo 25 June by invitation from WAKO Norway and WAKO Vice-President Espen Lund. Mrs. Tonje Hinze who is the ACP manager within the Norway NOC and a part of the IOC ACP Steering Committee was a responsible coach.

During the next World Championships we plan an Athletes Corner, a Learn & Share area where WAKO will inspire, engage, share, learn - For athletes, with athletes. IOC ACP program will be one of our pillars in that program.

WAKO will report this seminar to IOC Sports Department but we use the opportunity to thank Chantal Buchser, Senior Project Manager - Athlete support in the IOC Sports Department for all kind help and assistance. Also a huge thank you to Tonje Hinze for her knowledge, inspiration, and dedication.