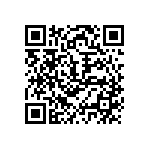 From September 27th to September 30th 2017, Prague, the capital of Czech Republic, staged the currently biggest K1 tournament in Europe.

There were 21 participating countries with more than 300 fighters in only one division. There are no bigger tournament in Europe in K1 lasting less than one week. Jan Frana, Czech Vice-president of WAKO, invited only WAKO A class referees and this decision proved to be excellent, because nobody protested nor bigger discussions arose. All referees' travel and hotel expenses were covered by the organization. This is a way for promoters to assure good quality referees, choosing them among the most experienced and neutral ones. All fights were neutral, as fighters from the red or the blue corner could not count on any support from referees or judges from their own country: neutral panels cannot be composed by judges from the same country as the fighters. Jan Frana expressed his gratefulness to Yuri Lakhtikov, Sami Savo, and Srdjan Bugarcic for their support, and to all the referees.

The most popular division was "Men –75 kg", that presented 23 athletes. In other divisions there were often more than 16 fighters for category, which is an excellent result according to the Czech Federation. They hoped for a total number of even more fighters, but some very strong countries did not participate. Despite that, the Cech organization believes that the quality was absolutely the top. All fighters could count on a very good prize in money. For each winner the promoter assigned 1.500 € plus a leather Champion belt. Of course, there were many other trophies and medals for 2nd and 3rd places.

During the first day more than 100 fights were disputed on 3 rings. There were many different levels of skill. Somebody showed up just to try and fight with the European best fighters. The athletes were focused, but experience was crucial. During the second day the fights between winners from last year tournament and those who won at the eliminations were disputed. On the last day of the competition the fights were absolutely great, with athletes of top level experience. Many of them were from WAKO PRO fights.

All finals were displayed on a beautiful GALA evening, broadcasted by 2 professional TV stations and through the live stream Czech sport TV. More than 100 VIP tables were provided, and the hall was fully occupied. Everything was prepared for the finals fights, followed by the WAKO PRO World Champion bout. The fighters were Czech WAKO PRO Champion and European PRO fighter Daniel Skvor, and his opponent from Serbia, Stefan Andjelkovic. Stefan has been an European and World Champion in amateur divisions. As everybody knows, Serbian fighters are very strong. The fight was stopped in the 4th round by AB, because the Serbian couch threw the towel into the ring after some very hard punches.

Jan Frana hopes to see the European friends again in Prague during the next European Cup in 2018. Athletes, coaches, and referees can count on the best level tournament regarding trophies, belts, prize money and support from the promoter. Save the date: 6th - 9th September.