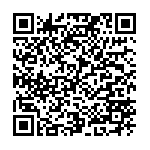 Once again “A great success” for Wako Asian members!

After the successful organization of the Asian Championships in April 2017, which was postponed from 2016 to early 2017, Asian Kickboxing Confederation (WAKO ASIA) led by its President, Mr. Nasser Nassiri, in collaboration with Kyrgyzstan Kickboxing Federation, led by its President, Mr. Aleksandr Voinov, organized the Asian Kickboxing Confederation Championships. It lasted from May 5th to 12th in the Choplpon-Ata, known as Issyk-Kul area as well, with 14 countries from the 5 different zones of the Asian continent (East, South East, South, Central and West Asia). The best Asian fighters in kickboxing sport and its discipline, such as Full Contact, Low Kick, K1 Rules, Light Contact, Kick Light, Point Fighting and musical forms, met.

Many countries such as Afghanistan, Vietnam, and Nepal were not able to obtain the entry visa on time. Turkmenistan was late for the application and administration procedures needed to join the competition.

Once again, the hard work of the organizing committee of Asian Kickboxing Confederation and its Chairman paid off and resulted in the excellent conditions throughout the competition.

Many political personalities visited the competition, including the different Ambassadors in duty in Bishkek, such as the Islamic Republic of Iran Ambassador, His Excellency Ali Mojtaba Rouzbehani, who enjoyed the quality of the Championships.

The new built sporthall in Cholpon-Ata was almost fully booked during the Opening Ceremony on Tuesday 8th May.

The Chairman of the organizing committee of the Asian Championships 2018, Mr. Nassiri greeted the participants and guests. The musicians and dancers entered in the sports hall and presented a great show of Kyrgyz’s traditional.

The athletes came from 14 countries and competed in 73 events (both Men and Women categories), in 6 Kickboxing fighting Styles in both ring, tatami, and 5 Styles of Musical Forms during 4 days.

The highlight was the ring sports combats, with Full-contact, Low-kick and K1 clashes on a very high level. The best fighters from China once again confirmed their high technical quality and many others dazzled the auditorium with excellent performances in their kickboxing category.

A numerous participation from Kyrgyzstan, Iran, Tajikistan and Iraq in both ring and tatami styles brought the competitively at the highest level of the championships.

After four complete days of competition, Iran emerged as the most successful country of this Asian Kickboxing Confederation Championships, with 28 gold, 23 silver and 10 bronze medals.

Kyrgyzstan and Iran were the top in the final medals standings, followed by Tajikistan at the third place, United Arab Emirates at the 4th place and Iraq at the 5th. The Republic of China with two gold and two silver medals obtained the 7th place, behind Chinese Taipei with two gold, 2 silver and 3 bronze medals.

Take a look at the rich gallery displaying the many important moments of this event!