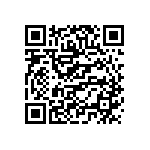 They provided great organization and hospitality for all camp participants.

Kickboxers from Bulgaria participated for the purposes of practical parts of the seminar. The clubs present for the tatami practical lessons were Ikken, CSKA Sofia, Skaptopara, Optix, Aabc and Aris. For the ring practical lessons we had the following clubs: Armeec, Boil, Patriot, Pride and Glory). The athletes were all very patient and tireless, and demonstrated to be excellent presenters of various problematic situations where referees and judges practiced their skills. At the end of all demonstration exercises, the young Bulgarian kickboxers received a great applause from all the participants.

Upon invitation of the organizers, both seminars were attended by Romeo Desa - Special Adviser of WAKO President and WAKO Europe Board Member, who held several meetings and talks with WAKO Referee Tatami Committee and committees' chairmen Brian Beck and Yuri Lakhtikov. During those meetings several things about rules, rule's changes, procedures of changes, future improvements of camp and seminars were discussed, as well as the cooperation between WAKO Organizing and Referee Committees on WAKO Championships.

All referees were very satisfied with all what was prepared and organized by the local organizers, they gave all the best marks for seminars, new knowledge, programs of seminars, presentations and practical lessons, accommodation and food in a beautiful hotel. All promised "we will come next year".

Also, very important to emphasize, Bulgarian federation was sponsor of both events, without its financial support it would be hard to organize both camps in this successful format. To all of this, both WAKO Referee Committees thank Bulgarian kickboxing and MT confederation as well as members of the local organizing committee.