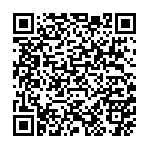 400 athletes from 5 countries gathered in the city of Caracas in the Bolivarian Republic of Venezuela from August 8 to 11, for the 4th Bolivarian Kickboxing Championship, organized by the WAKO VENEZUELA AND THE VENEZUELAN LEAGUE OF KICKBOXING and with the support of WAKO PANAM. The event was a challenge since with the current situation in Venezuela this event seemed impossible; but the will of its organizers and the faithful conviction of those who do this sport managed to materialize a quality tournament at the level of the international championships. As part of the agenda, the competition began at the United Nations Park in Caracas, on 08, 09; August 10 and 11, 2019.

On Thursday 08 the day began with the weighing of the fighters and their respective records by category and weights, training of referees and judges was carried out and a welcome ceremony was given to all delegations. On Friday 09 the competition began with musical forms with weapons and without weapons; in addition to qualifiers in all categories and modalities; including that day male and female tag team qualifiers of point fighthing and kick light. On Saturday 10 the inauguration of the Championship took place; parade of the delegations of Argentina; Brazil, Ecuador; Peru and the host Venezuela and start of the day where the fighting in tatami modalities (Point Fighting, Light Contact, Kick Light) and ring (Low kick, full contact and k1 Rules) were completed to complete the semifinals. On Saturday night, 10 stellar fights were made, 3 of which were by belt and by Bolivarian title. The day continued on Sunday with the fighting of the modalities of Tatami and Ring already in the finals; where 4 belts for the categories and finals of Low Kick and K1 - Rules were played in the final show, in addition to the final team competition of TAG Team, to then close the Championship and award the trophies to the countries winners according to the medal standings being for the first time in the history of our sport Venezuela in the first place. On Monday the day continued as we have used a free ride for delegations on a Bolivarian route where guests from other countries visited the liberator's house; Bolivarian Museum; among other historical places.

The delegations of Argentina (guest), Brazil (guest), Ecuador, Peru and Venezuela as host were present in the competition, with competitors from the Children, Youth, Senior and Master Category of all Kickboxing modalities.

Once the event was over we had a positive balance of 0 injuries leading a tournament in total calm and normality. The order of the countries in terms of the medals obtained were the following:

A successful day for our region, for Pan-American sports and for Kickboxing in the world; where in Venezuela despite the political situation and economy; kickboxing and its organizers move passions and are an example for other countries in terms of the desire to work for sports and the development of future plans; demonstrating that with perseverance despite any difficulty and with will everything is possible.
Congratulations Venezuela worthy example for World Kickboxing and a pride for our organization.