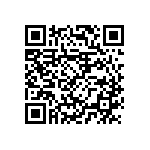 Competition was organized by the executive Committee of WAKO Estonia, under the amateur kickboxing rules of WAKO. Estonian kickboxing clubs and international guest clubs (among them sportsmen from Russia, Finland and other Baltic countries), participated in senior and juniors
on ring sports, juniors and cadets on tatami sports.

The annual international kickboxing tournament “WAKO BALTIC OPEN, 2020” as the part of the Martial Arts Games traditionally held in February in Estonia, proved to be a success.

It is notable that Sergei Kozlov, the President of WAKO Estonia, has been granted life-time achievements award
by the Olympic Committee of Estonia which marks his contribution to promoting kickboxing sports in Estonia.
#onewako #onechampion