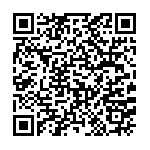 A new success in Castellanza with the international kickboxing competition organized by Master Andrea Ongaro, the 9th edition of the POINT FIGHTING CUP, the second international event, after the European Cup Turkish Open, organized in a pandemic situation. The event was held at "closed doors" and entirely filmed and broadcasted with live streaming on www.pointfightingcup.com and on the dedicated Facebook page.

Months of hard work have given the expected results even for the 9th edition of the POINT FIGHTING CUP, under the aegis of the world federation WAKO and the Italian FEDERKOMBT headed by President Donato Milano. The most ambitious competition in the circuit of Kickboxing Point Fighting specialty was organized in Italy by Master Andrea Ongaro and was held on Saturday and Sunday, April 24th/25th at Palaborsani in Castellanza.

On Saturday the senior athletes challenged each other, and all the team matches were played.

The most prestigious prize “THE ONE 2021” within the women's category was won by the Sicilian Elena Pantaleo, who confirms herself as the strongest athlete of the current kickboxing scene, and within the men's category by the Roman BRAMATI Federico, 17 years old turned out to be an unexpected surprise of the competition.

The KBA of B.Fit Legnano and Sporting of Varese, with the organizer of the event Ongaro Andrea, was at the top with the boys in the race and with his TEAM TOP TEN POINT FIGHTING CUP.

The podiums were not lacking and, considering the high technical level of the race and the prolonged stop of training, it went very well with 17 medals: 2 gold, 11 silver and 4 bronze.

Always strong is DAVIDE GUFFANTI from Legnano who wins GOLD in the -84 kg category; GOLD also for MACCHI SOFIA in the +55 kg colored belts category.

With the 9th edition of the POINT FIGHTING CUP the Project "WAKO WOMEN AGAINST CANCER" was also renewed. This is the campaign to raise awareness and funds for the fight against cancer, strongly desired by Benedetta Terruzzi female representative of the referee class, by the organizers and understood and supported by many people. The funds raised will go to the Women Cancer Center of the IEO in Milan.

It was an event marked by a series of stringent health measures, but the important thing is that this was an European and world sport. Lombardy with Castellanza (Va) once again was the protagonist of the great kickboxing.

"There is great satisfaction for the work done in these months but especially in the last week - explains Andrea Ongaro organizer of the event - I sincerely thank all the volunteers, the people involved, the institutions and the sponsors who have been close to us. We have received compliments from everyone, and this is a success to be shared and that encourages us to continue on this path for the future.

Despite the difficulties that have characterized the preparation phase, above all the pandemic of Covid-19 - which imposed an event behind closed doors, the control of swabs to all participants and an organization of space and people never seen before, the organizers have managed to ensure optimal management of athletes (300), teams (32 including Russia, USA, Spain, Austria, Morocco, Switzerland, Hungary), volunteers (about 70), technicians, judges (30) and the irreplaceable Dr. Roberto Romani, in the name of health and safety. A success unanimously recognized also by the press and personally by the CONI President Giovanni Malagò, who honored us with his compliments.

The words of the organizer: "After months of reflection and considering all the restrictions and protocols to contain the pandemic in the territory, I decided with courage to face an effort for me and for my boys. Conscious of the important work that I had to do and the teamwork that was triggered, I launched the challenge "the POINT FIGHTING CUP 2021 WILL BE DONE”. Thanks to the skills of my staff, it was a successful sporting event that proves once again that the great international event can make a difference for the revival of SPORT stopped for too long".