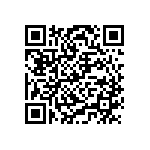 WAKO PanAmerica calendar of activities for 2021 is very much busy, with many already done ZOOM educational seminars and competitions as well.

72 Universities from all over the country and 168 entries partcipated to the event, both on tatami and ring (Point Fighting, Low Kick and Musical Forms).

Moreover, the very popular Paulo Zorello National Cup, in which occasion the president of WAKO PanAm Paulo Zorello was received in Brasília by the Minister of Citizenship and Sports, João Roma. During the meeting, Mr. Zorello presented the projects of CBKB and WAKO Panam planned for the second half of 2021 and for the year 2022 and invited the Minister to participate in the opening of the event that took place on Saturday, August 14th.

Minister congratulated WAKO IF for the official recognition of the sport by the IOC - International Olympic Committee - and also offered to the Ministry support for various projects for the development of the Kickboxing sport.

WAKO USA has been specially motivated and started serious preparations for seniors World Championship that is qualifying event for next edition of The World Games, to be held in Birmingham, USA.

WAKO PanAm is preparing training camp in Dominican Republic in September, with Dario Alvarado (WAKO PanAm General Secretary) presenting new WAKO rules for referees and coaches with tatami and ring technical seminars. The main subject will be on seminar about administration and management of the WAKO events.