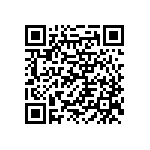 Switzerland was forced to give up the promotion of our 2007 World Championships scheduled in Meiringen, due to problems arosen within the organizing committee.
Portugal has taken over the job and the Portuguese Kickboxing Federation, in cooperation with Mr. Carlos Ramjanali, is promoting our event from 26th November to 2nd December.
The backing of the dates is due to the fact that WAKO Asian countries will participate in the OCA's Asian Indoor Games scheduled from 26th October to 2nd November in Macau (China).
In Coimbra, the third biggest town in Portugal after Lisbon and Oporto, will host 4 styles (semi,full contact, musical forms and aero-kickboxing). We expect not less than 600 competitors in representation of 70 countries.
More information in our web site in the next few months.