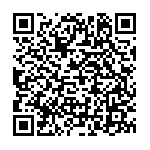 On behalf of WAKO INDIA, I have the honor to invite you and your team to take part in “WAKO INDIA Junior National Kickboxing Championship 2015-16” and “WAKO INDIA Federation Cup 2015-16 (Cadet & Senior)” male & female which will be held together from 16th to 21st February 2016 at Talkatora Indoor Stadium, Talkatora Garden, President's Estate, New Delhi, Delhi 110004. This is the official Junior national championship and Federation Cup for cadets and seniors divisions. This event is hosted by Delhi Kickboxing Association and sanctioned by National Kickboxing Federation N. G. - WAKO INDIA.

The last date to send ONLINE ENTRY FORMS for event is: on or before 10th February 2016 to the organizing committee DKA and WAKO INDIA office by e-mail at: delhiwakoindia@gmail.com, president@wakoindia.com, presidentwakoindia@gmail.com to take proper care in every respect for your team. Looking forward to welcome your team and assure a pleasant stay with a great event.


For all details about the event please download the attached invitations.