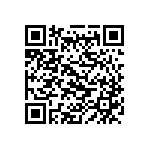 We would like to once again invite you to the largest fighting tournament in the world today. 2015 was an amazing year for us, we broke all records within WAKO for the fifth year in a row, surpassing all our expectations. we really are delighted with the continued positive feedback fro coaches and fighters alike from our post event survey, amazingly 99.8% of coaches intend on returning in 2016.The irish Open is run by fighters for fighters in aid of a very worthy charity, the Irish Society for the protection of Children. Please do not forget that it is unique in this regard in that nobody gets paid at all, every penny of profit is donated to the ISPCC. No other tournament in the world today offers 17 7x7 meter matted areas, two 8 x 8 matter areas for forms and one/two rings. It has become the most prestigious fighting tournament in Europe if not the world.

We are very excited about our continued collaboration with the US Open, the largest and most prestigious tournament in America. The two events will be closely linked in, with all winners from the 2015 Irish Open receiving automatic seeding at the 2016 US Open event and vica versa anybody ranked at US Open in the top three will be seeded in Irish Open.. We are very grateful to our Premium Platinum main sponsors Airtricity, Top Ten, SAP, and KWON for their support for the event and the charity itself.

The 2015 Irish Open Event saw 37 Countries attend with 3957 competitors. It is officially the biggest event in the WAKO Calendar.We had the greatest fighters in the world today converge on Dublin to see who really is the best of the best.

We continue to strive to make our event better for the fighter and to this aim we have changed some things.

We must thank the referees over the years, to many to mention, but we really do have the best officials in the world, whose only focus is the safety and enjoyment of the fighter without politics or favor. Our volunteers are legendary, 140 people helping out over three days to make our experience more enjoyable.

We are very proud of what the Irish Open has become; it really is an amazing event, with so many international fighters. This truly gives your students a rare opportunity to compete against fighters of the same level. We look forward to seeing all our friends at what is a very unique get together of the world’s most talented Martial Artist Athletes in what will be an inspirational weekend filled with energy and passion unmatched in the fighting tournament scene today.

Where Legends are Born.