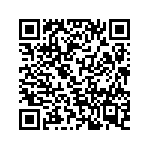 Ljupco Nedelkovski, President of National Kickboxing Federation of Macedonia, promoted the National Championships of Macedonia that took place in Kocani town on the 1st and 2nd November 2008 under the patronage of Macedonian Olympic Committee, Agency of Youth and Sport and the major of the city. The event was a success, also because it was held in front of a big audience; 2500 were the spectators. Through the Makedonian National Championships they also selected fighters who will participate to the next European Championships in Portugal at the end of the month.

Look at the album below to enjoy some pictures.