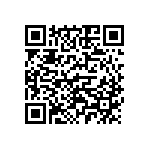 During December 2008, Mr. Nasser Nassiri, WAKO Vice President and the President of WAKO Asian Continental Division paid a visit to the newly founded WAKO Korea. For the first time in Kickboxing history of Korea, WAKO experts were in Korea to inaugurate the official opening of WAKO Korea activities. ITF Korea members joined officially WAKO last year. Mr. Nassiri, who arranged all necessary documentation to affiliation WAKO KOREA to WAKO, traveled during December 2008 to that important Asia country for the official inauguration of WAKO Korea which promoted a first ever WAKO kickboxing seminar. Nassiri went to Korea together with two WAKO World Champions, Mr. Emanuele Bozzolani and Mr. Di Leo Gregorio(both of them 3 times world champions in semi contact, but with experiences in different styles) who assisted him in the seminars. The WAKO delegation arrived in Seoul first and after having met an Executive member of Korean Olympic Committee went to the historical town of Pusan where the seminar was hold. Many personalities of Pusan city as well as the athletes of Pusan university watched or attended the event and many WAKO Korea members actively participated in the seminar. During the trip, Mr. Nasser Nassiri had the opportunity to meet Mr. Eui Sang Cha, WAKO Korea Senior Vice President and other WAKO Korea executive members and discussed with them about active collaboration between WAKO, WAKO Asia and WAKO Korea. Before the end of the seminar, Mr. Nassiri thanked Mr. Kim Beom Suk, the General Secretary of WAKO Korea for his help and efforts in the development of Kickboxing in Korea, assuring him and all participants of the support of WAKO and of WAKO Asia for their future activities.