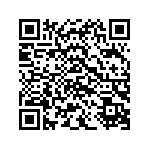 Our President, Mr Ennio Falsoni, has recently visited Baku (Azerbaijan), where he had the great honour to be hosted by the President of Azerbaijan Republic, Mr Ilham Aliyev. He had a private meeting of 15 minutes with the President ( who is also President of the National Olympic Committee of Azerbaijan ) during which he discussed the possibility of opening an International Caucasic Kickboxing Center and that Baku will be the host city of 2010 WAKO European Championships. Mr Aliyev granted his full support to both projects.