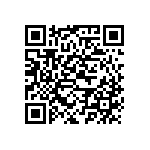 Hilton Vienna (Austria) hosted recently the annual WAKO Board meeting which voted the Balance 2008, approved the Budget 2009 and discussed many issues regarding the intense life of the organization.

Among others, AERO-KICKBOXING was unanimously voted out of WAKO programmes starting from 2010. Unfortunately that style, which is still very successful and popular in the gyms (especially among women), did not take off as a competition. To replace AERO-KICKBOXING, president Falsoni proposed to adopt a new tatami style which can be easily explained as LIGHT CONTACT with LOW-KICKS. Competitors, dressed in shorts , t-shirt and safeties as per our rules, will figth each other using the low-kick techniques which must be controlled on target. Reason is that WAKO wish to develop a style that, like present light-contact (with HIGH KICKS), can bring more competitors to the ring.

In the picture, taken in Denver with president Vebruggen, show Falsoni, Lund an Prelog who were present at Hilton Vienna.