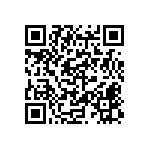 ...THAT AMONG THE 50 RICHEST PEOPLE IN THE WORLD THERE'S ALSO SOMEONE WHO LOVES KICKBOXING!

Bachelor billionaire is now the richest despite a 51% drop in his net worth. Cashed out his 25% stake in Norilsk Nickel last spring, unloading the holding to fellow billionaire Oleg Deripaska. Stepped down as general director of metals outfit Norilsk two year ago after being detained on suspicions that he allegedly made prostitutes available to guests he was entertaining in the glitzy French ski resort of Courchevel; he was never charged. Soon after that, split with his longtime partner, Vladimir Potanin, leading , divvying up of assets. Believed to hold $5 billion in cash. Loves kickboxing.