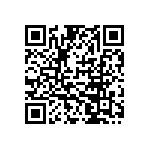 Bangkok (Thailand) hosted in last August the first ever ASIAN MARTIAL ARTS GAMES under the high patronage of OCA (Olympic Council of Asia). Mr. Nasser Nassiri, a WAKO vice-president and president of Asian Continental Division, ran the event of KICKBOXING with the help of Jens Walbersdorf from Germany, who normally takes care of all drawing in WAKO Championships. The event, which was backed 2 times due to turmoils in Thailand, was a success but OCA has now decided to include that event in the ASIAN INDOOR GAMES which are organized every single year. WAKO ASIA was present with 70 competitors in LOW-KICK in representation of 16 countries, a good preparation for the upcoming ASIAN INDOOR GAMES which will take place in Hanoi (Vietnam) in early November this year.

Look at the medal standings and all official results in kickboxing.

In the gallery enjoy also pictures of the beautiful closing ceremony of the Asian Martial Arts Games.
The ceremony also included Timothy Tsun Ting Fok, vice president of the Olympic Council of Asia (OCA) and Permanent Secretary of the Ministry of Tourism and Sports Dr. Sasithara Pichaichannarong.
(by www.bamag2009.com)