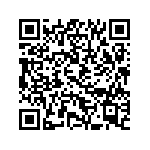 Just a few months ago, the WAKO community was under shock due to the tragic news that Ljupco Nedelkovski, the dynamic pioneer and founder of the Macedonia Kickboxing Federation, suddendly died by trombosis at 57 years of age.

Months of sorrows and pains followed, but as everybody says "the show must go on", and his beloved wife Aleksandra came out of depression and supported by the whole Federation she is now the new president of the organization. The General Assembly of her Federation voted her unanimously and we think it was a great choice, since Aleksandra speaks good English, knows everybody and knows the sport she has learned to love.

Skopje had already been chosen as the 2011 seat for our World Championships in semi, light (high kicks and low-kicks), full contact and musical forms and logically after the death of Lijpco Nedelkovski many of us doubted about that possibility, but Aleksandra is now determined to fullfil the engagements: she will definitely promote those Championships and we are sure it will be the best way to honour the memory of her husband.

Good luck Aleksandra. You know that WAKO is supporting you!

In the picture, Ljupco Nedekovski was close to Borislav Pelevic in a Gala he promoted in Skopje, and Aleksandra is on his left.