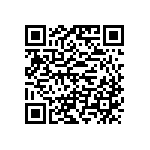 We are just back from Villach (Austria) where from 19 to 25 October WAKO held its first part of 2009 World Championships. We had there 604 competitors representing 52 countries (6 couldn't make it, due to visa problems!) and from 4 continents. Considering we had in Villach only Ligth Contact, Low-Kick and K1 Rules and considering that each country can present only 1 competitor per weight class, those figures are amazing.

But what impressed us more than anything else, was the organization of the event (the Austria Kickboxing Association leaded by Mr. Niklas Gstattner and Otmar Felsberger did a real good job!), the incredible technical level of our competitors and the great sportmanships behaviour of all coaches and fighters. They had furious battles in the ring or on tatamis, but once the match was over, they shook hands, they bowed to coaches, they were friendly and nice to each other. Fantastic!

I was also pleased to notice that the adoption of our new Open Scoring System, created by JW Media and IS&E, made things much easier for coaches, judges and referees. There were practically no complaints at all and at the end of matches everybody accepted the official results which were on the screens.

Once again, in the name of WAKO I would like to congratulate with all who participated and contributed their best to make our Championships another great success.

See you all in Lignano Sabbiadoro next month , for the second and last part of our Championships in semi, full contact, musical forms and aero-kickboxing, then!